Amazon’s patent for “Voice Sniffing” is causing a stink

Amazon have filed a patent for “voice sniffing”; a feature of their assistants that will essentially listen to you when you are speaking near a smart home device, sniff for trigger keywords, and allow advertisers to select or customise content that is relevant to the user from this.

Well it’s safe to say that the news of Amazon potentially listening to your conversations in the future has caused a bit of a stink. The hubbub doesn’t seem to be too positive yet from consumers, with high profile media organisations quick to poo poo the idea. Amazon have stressed that they are not currently utilising this feature and it is in fact a future proofing exercise. No need to panic yet people!

But what if this could become a reality? Is it the future of Paid Voice Search? We’ll explore all of this and leave you with some actionable insight.

What is Voice Sniffing?

Looking at the patent, voice sniffing refers to features of smart home devices that attempt to identify (listen) to trigger words in voice content which can indicate a level of interest of the user. The idea is that algorithms either on the device or elsewhere will attempt to understand the trigger words (keywords) within the voice content and eventually trigger options for advertisers or content providers to customise content and target the user.

The patent defines a trigger word as (often) a verb that indicates a level of desire or interest in a noun that follows the trigger word in a sentence. An example of this could be “I love Manchester United” or “I like soup”, in both of these cases you could argue that the trigger words indicate a level of interest in particular topics. In this case, you could then target the user with Manchester United memorabilia or Soup Makers.

Amazon also mention in the patent that trigger words could also indicate negatives such as “hate”, “dislike”, “return”. In this case, this information could be used for advertisers to negative these audiences from their campaigns.

Here’s some images from the patent to help visualise how Amazon could listen to your conversation and target you with ads on Amazon: 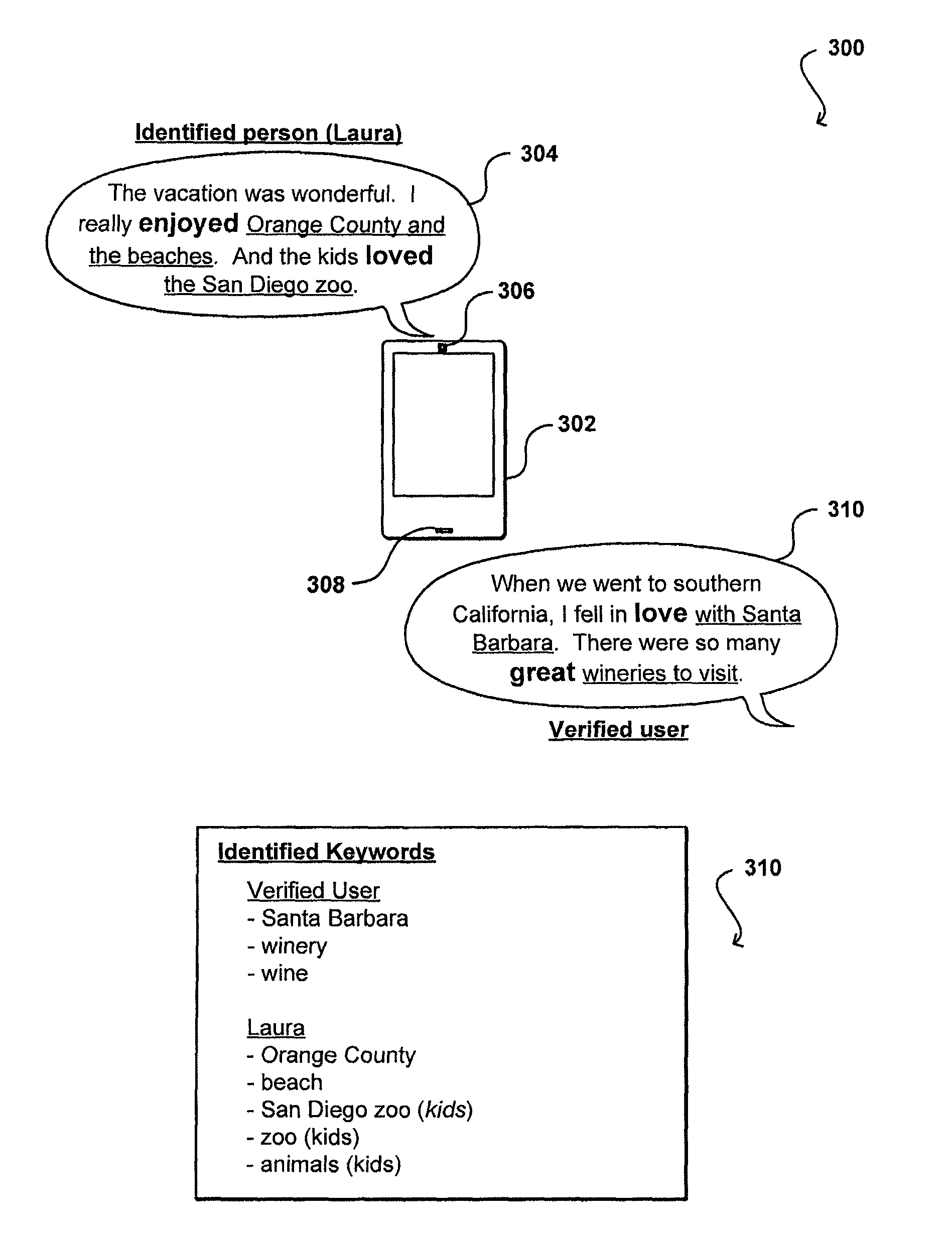 In the above example, a user is having a conversation close enough to the smart home device to start “sniffing” for trigger words.

The algorithms will then work to identify these trigger words and store the keyword data associated with the user and transmit this to either the advertiser or content provider. 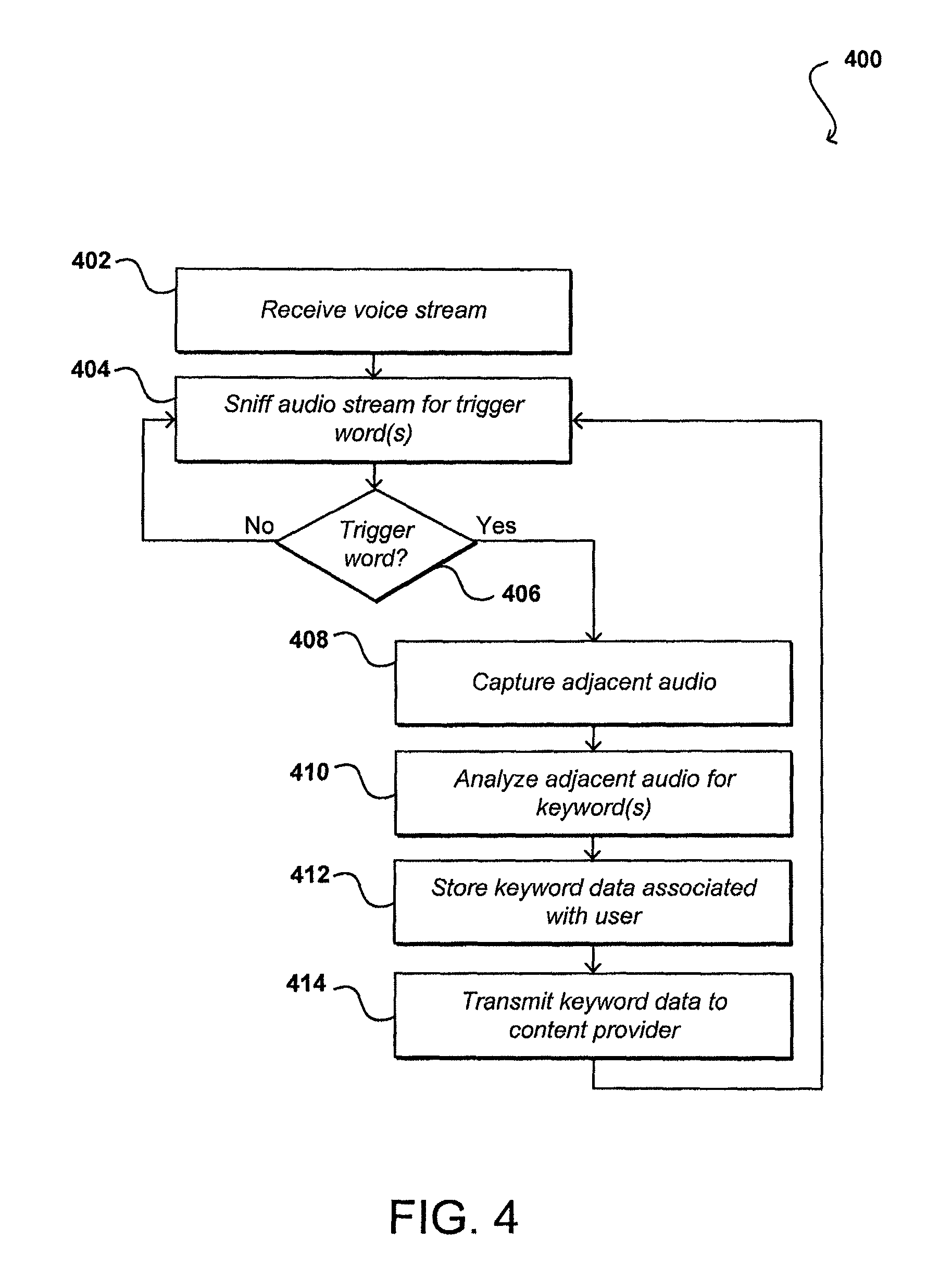 For the user, the next time they shop on Amazon they could then see an ad for the item they were discussing near their voice assistant. 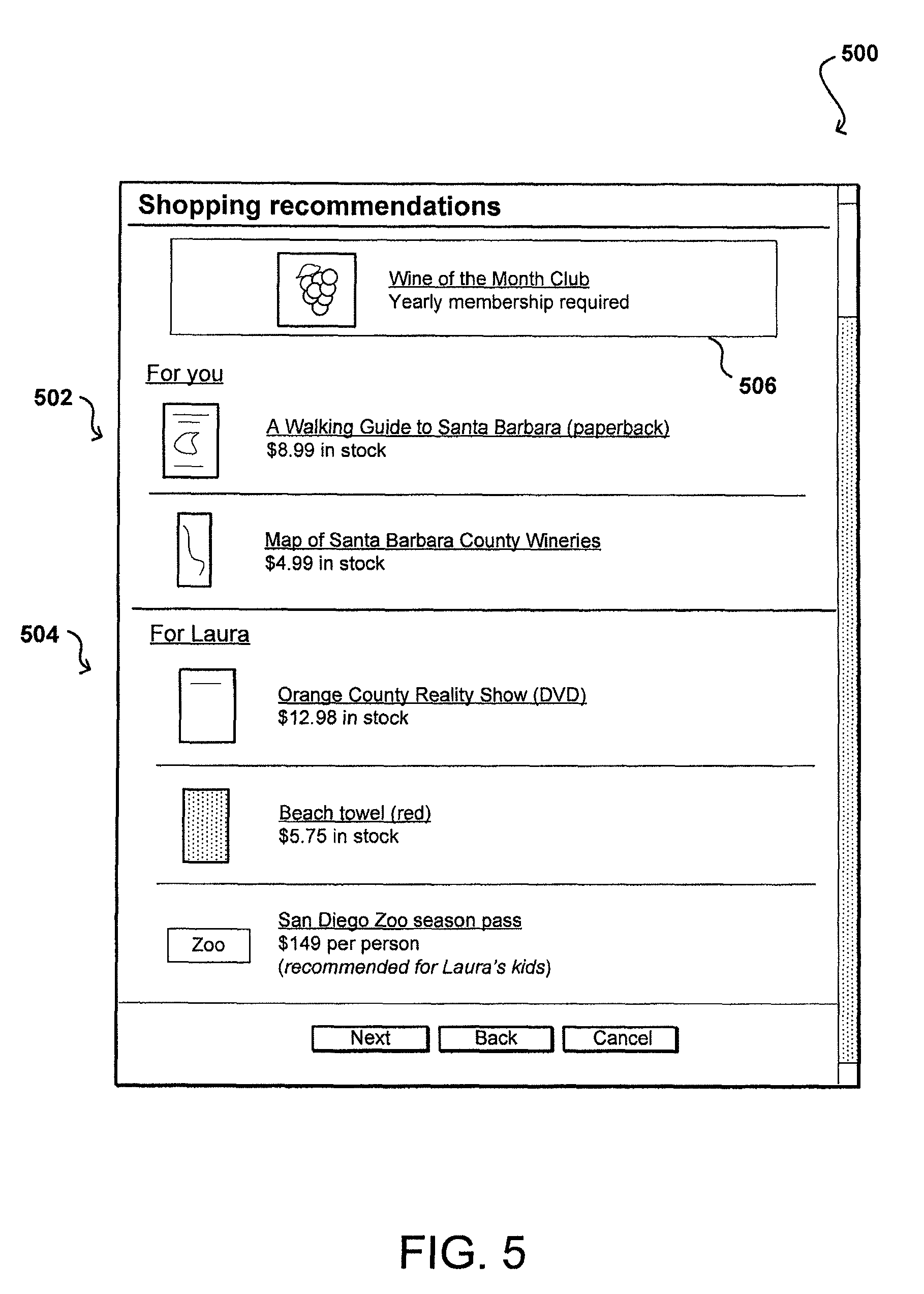 Why have Amazon filed the patent for Voice Sniffing?

It gives them a better understanding of the context to searches. Something Google are better at

In the patent, Amazon argue that there is a real need for such a feature. When you think about it, there is a huge gap missing for Amazon in terms of understanding the full customer journey. When users come to Amazon, they are usually right at the end (or at least very close to) of their journey to purchasing an item. But how do they get to Amazon and how can Amazon look to drive more customers to it’s platform by using it’s own products?

When you compare this to Google they have all of your search history, and they understand the signals. Having all of this context is what gives Google an edge in this market; after all, knowledge is power. This is evident through the launch of their Shopping Actions program.

As they say, they are future proofing

Just because they have filed a patent doesn’t mean that they will actually launch this. It’s better that they look to protect their ideas than let a competitor do it first.

Could Voice Sniffing be used as an additional layer of user targeting via Voice Search for advertisers, feeding into something like an In-Market Audience?

I can see more issues with voice sniffing if it’s to be used as the only solution to Paid Voice Search Ads. For me, I think it’s use comes when Amazon can overlay the trigger keyword data alongside other bits of data they may have to create a highly targeted and highly interested audience pool for us to target.

What reaction will consumers have to Voice Sniffing?

Initial reactions have caused a bit of panic, despite it not being available yet

Some people are worried that Facebook, Google or Amazon have been doing this already. Mark Zuckerberg recently confirmed in front of the US congress that Facebook doesn’t listen at all to it’s users. Yet the conspiracy will no doubt continue, but to be fair the fire is certainly being fanned by such patents.

Could this be used for Paid Ads via their Voice Assistants?

Users seem to be more aware of the idea of Paid Voice Search Ads, but how they will be delivered to them via assistants is causing concern. A recent study has shown that users wouldn’t mind so much if the ad was delivered to them as an answer to a voice search that the user has carried out. However the concern comes from the fear that their voice assistants will start randomly placing ads without context. Essentially, consumers will be more receptive to ads if they are within context and are relevant to them.

Overall though, there still seems to be a resounding “No” from consumers on this subject. The issue looks to come from a fear of losing control over their assistant and having ads being delivered without relevance. Could voice sniffing help Amazon solve this issue? If they had more context it could help to make the experience more relevant to the consumer.

This could give users an additional layer of security and privacy. No doubt it will take some digging to be able to opt-out though.

Amazon continue to push forward with the idea of monetizing Voice Search. Is it coming soon?

For now, it’s still in its early days and you can see from the patent that there is still a lot more detail needed to go into this. However, what’s encouraging for advertisers is that Amazon is seriously thinking about future proofing the idea of voice sniffing which would give us a massive opportunity to utilise the data from Voice, personalise ads and drive better performance.

Advertisers will profit, but at the expense of user privacy. Where is the line?

From a user perspective, I think it’s perfectly understandable that its labelled as creepy and an invasion of privacy. Amazon are going to have to be really careful about how they launch this if it’s to become a reality. Could they lose sales of their devices from implementing such a feature? It will be interesting to see who moves first into this space (Google or Amazon?), it’s like an expensive game of chicken.