Home / Blogs / More / Future of Search / The Future Is Here - How Much Do You Fear Automation?

The Future Is Here – How Much Do You Fear Automation? 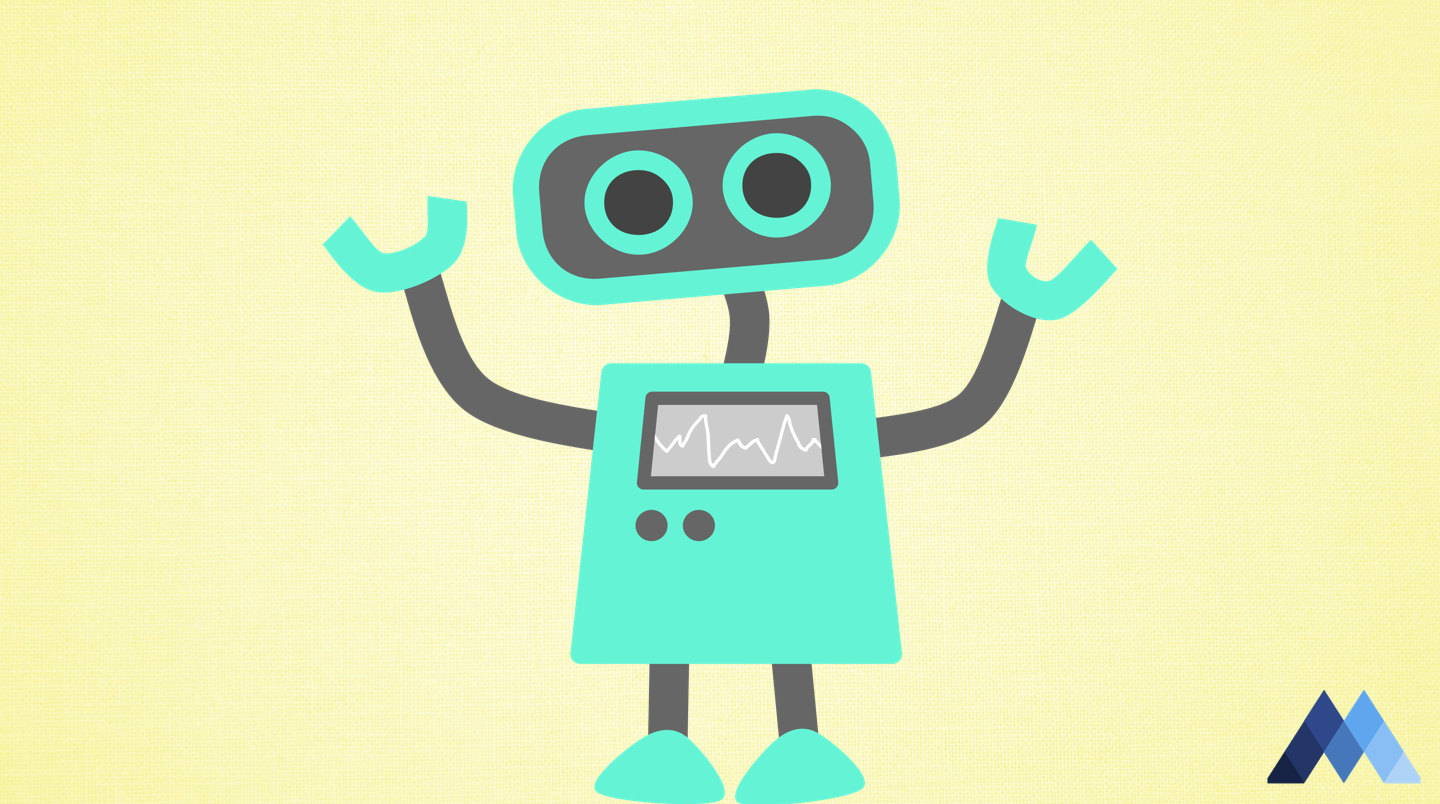 Mabo Media are a specialist PPC Management Agency based in North East England. They have recently been named as the BEST Small PPC Agency in Europe at the 2018 European Search Awards. For more information on how they can transform the performance of your existing Google Ads performance, then please visit  www.mabo.co.uk

Remember when computers were the next big thing and everyone was a bit skeptical?

Then came the internet. And that too was scary and had its skeptics. 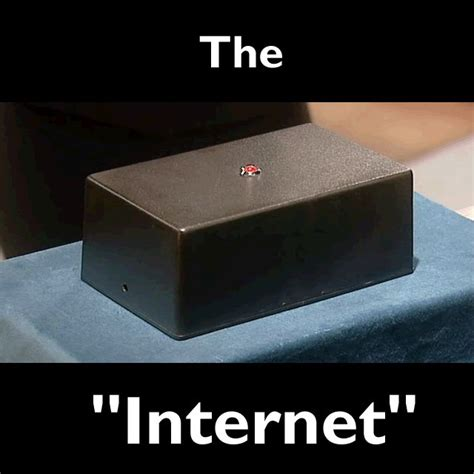 And then you could purchase things on the internet. Groceries. Electronics. Software that didn’t even exist in a physical form. You could download ‘stuff’. And that had it’s skeptics too.

And then social media came along, allowing people and businesses to have an online presence and allowing them to communicate in this non-existent space that kind of exists at the same time.

Behind the social media, the purchasing of groceries and the internet in general are little things called algorithms, artificial intelligence and machine learning. The way technology has progressed in the last ten years alone is impressively quick, and a few little observations got me thinking about this:

I get notifications every morning and evening on my iPhone letting me know how long my commute to and from work will take me. But this doesn’t stop here; every Monday I play football 7 miles from my hometown and the iPhone has picked up on this and informs me at a certain time every Monday how long this journey will take based on traffic.

Gmail reads the content of an email sent to you to suggest responses, or at least part of a response. What this means is, providing you have a signature set up, you could essentially click one of these responses and click send and reply to the email despite not actually typing a word, yet could’ve arranged a meeting or signed off a piece of work in doing so.

Netflix does something similar; using the machine learning and data from the types of shows you’ve previously watched, you are given a list of suggested viewing, something which can be a gem for finding new series’ and shows. It’s even thought that around 80% of TV shows are found on Netflix through the recommendation engine, which is staggering.

But it all started somewhere.

It all had a period of being developed, tested, tried by users and sometimes not totally working out how the designer wanted.

With this in mind, let’s focus in on Google as a whole, before we look specifically at automation within AdWords.

Here’s some data to get your head around: 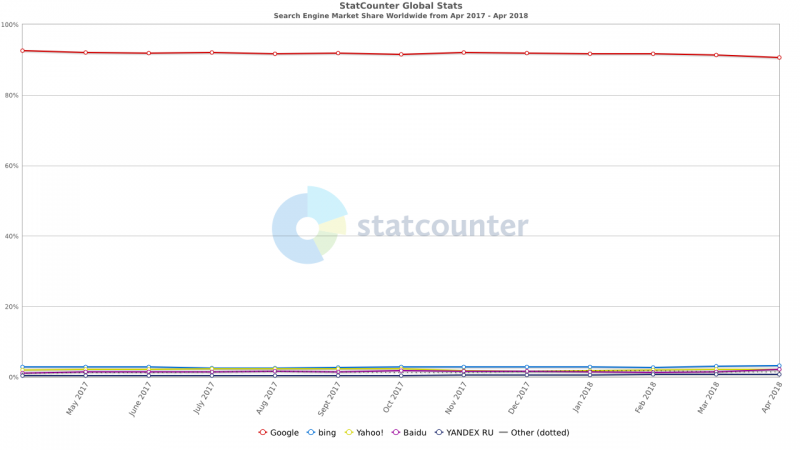 Within all of this, Google believe we are now in the fourth evolution in computing. First came actual computers, then the internet, then mobile phones, and now machine learning.

Before we go any further, let’s just define what we’re dealing with when we say machine learning.

Machine learning is a type of artificial intelligence (AI) that provides computers with the ability to learn without being explicitly programmed, which focuses on the development of programs that can change when they are exposed to new data. And AI is a pretty broad term for getting computers to perform human tasks; essentially the science of making computers smart.

Google’s CEO Sundar Pichai recently said Google are “now an AI-first company”, which means their investment into this fast-moving, constantly evolving field is more than ever. Google “want to use AI to augment the abilities of people, to enable us to accomplish more and to allow us to spend more time on our creative endeavours.”

Which brings us to Google AdWords and the AI and machine learning within the advertising platform that brings Google around 90% of its revenue.

A very simple reason for why Google’s automated bidding strategies need not to be feared can be based in how much Google are investing in AI. Why wouldn’t they go so AI heavy, and plough ridiculous amounts of time and money into something so key to their advertising platform? Of course this is just the start of the automated and machine learning based bidding from Google, and so of course there are going to be mistakes and things they have to improve on, but sometimes it’s worth flying a little less close to the surface on things to get a true perspective on what Google can do with their AI, compared to what you or I can do.

Let’s take time as an example, and jump on something Jeff Dean from Google mentioned about more time on our “creative endeavours”.

If you’re a PPC account manager, managing a range of clients who completely vary in industry and sector, you need to be writing new, creative ad text, analysing data, reporting on said data, checking the quality of traffic through the search term query report, communicating progress/issues with your range of clients, dealing with those annoying issues you have with client feeds in Merchant Centre (you know the ones, where 6% of the products within the feed don’t have a GTIN… *rolls eyes*).

What I’m saying is, the role of a PPC account manager is extremely complex; you’re a data-analyst, you’re responsible for strategy, implementation of the strategy, you add product list/shopping IDs (still, I know! Why isn’t this automated yet?).

And so maybe it’s about time we all started to work smarter.

Maybe it’s time to not fear automation, but to embrace it.

Perhaps people in our industry – and outside it to be fair – worry about completing assigned tasks, and not what they actually do for the business/client/service. Far too often we invest too much time and attention on the output and not the outcome.

Google’s smart bidding and AI for some is too much right now; it’s incomplete and scary and the thought of relinquishing control frightens many account managers. But we must keep this in context; you are in control of the target ROAS/CPA/whatever you’re aiming for in the account, you’re still in control of the location, scheduling, device and RLSA bid adjustments, you’re still in control of writing ad copy, of analysing the data and reporting back to the client. You aren’t just giving Google the whole account and saying, ‘Okay, now you run with it.’ And this isn’t what Google want.

Google already uses amazing algorithms to decide which ad to show a user in the Search network; how that user has previously interacted with phrases or words within the ad text, what their location is, their gender, their interests, their device. The list goes on. So if Google is able to best decide which ad should be shown, is it not only a matter of time before automated bidding is working for more advertisers than it isn’t?

Perhaps you’ve had a nightmare with smart-bidding? Maybe you gave Google a target ROAS and volume and revenue dropped off in the pursuit for this target ROAS? This will happen.

Maybe Google took a while to react to the extremely warm weather that played a huge part in the lack of traffic and demand for a specific product for a two week period. That will happen.

But with these happenings comes a learning process. That’s how machine learning and AI work. Next time these things happen, Google’s algorithms react better. They learn.

Ultimately, technology should enhance customer experience, and improve marketing, and I’m a firm believer that within the next year, Google’s smart bidding and machine learning will have the ability to take bid strategies to the next level.

If you could partially offload a section of work to a machine that will learn the best possible way of getting the results you tell it to, and you could free up that time to spend communicating with the client or creating innovative ads or ensure that your client’s feed and product listings are all approved and eligible to show, why wouldn’t you?

If a machine could take out the space in your head that’s needed to implement something that can be potentially time-consuming and, let’s be brutally honest, not always effective, why wouldn’t you? (I say not always effective because we’ve all been there as account manager; you have a few months where performance drops for whatever reason and the client is on your back!)

“Do you add most value based on your throughput of work? Or do you add more value with creativity, insight and inspiration? Either is a valid answer. The reality is probably somewhere between the two.” – Tom Cheesewright

I’m not paid by Google to say ‘try automation’, or ‘stop fearing it’, I’m paid by my employers to get the best out of my client accounts and to train our staff members to do likewise – new and existing. Therefore, if I can spend more time communicating with my clients, being creative, analysing, reporting and being alert to new ways of thinking and new strategies that will help drive accounts forward, while Google’s AI & machine learning is working to achieve the ROAS or CPA the client needs, then I think that counts towards working smarter.

The problem with our human way of managing bids and optimising accounts based on the targets our clients give us, is that we can do too much.

Maybe we could learn from the 14th-century English logician and Franciscan friar, William of Ockham, who coined this phrase:

“entia non sunt multiplicanda praeter necessitatem”, which translates – for those of you who don’t speak Latin – “entities should not be multiplied beyond necessity”.

William of Ockham’s theory was later coined Occam’s razor/Ockham’s razor, and to quote from the great Avinash Kaushik, the reason this resonates with me so much is because “we all live in an increasingly complex world where we all try to complicate things way too much in trying to understand event/activities/outcomes/happenings, or in our case web data. Yet in almost every case the reason for suboptimal outcomes is the complexity that we insert into the analysis from our thinking (assumptions, hypotheses).”

So my challenge to you is attempt to embrace a new style of working, a new bid strategy, something that a machine can do instead of you so your time can be spent better on efficiency, on the creative, the humane or the simplification of more. Instead of being fearful of an automated future, whether that’s within AdWords or in a more general sense, embrace it for what it is; potentially groundbreaking, potentially revolutionary and potentially amazing!

Matthew is first and foremost a PPC Account Manager, who’s role has developed into that of a trainer, author and keynote speaker. He can be found training new staff members at Mabo Media, as well delivering training to businesses who want to learn more about AdWords and speaking at events and conferences around the UK on paid search.

A self-confessed PPC enthusiast, Matthew also has a keen interest in futurism, automation and hummus.

Sponsors
The white paper or blog post has been produced by one of our sponsors and labelled accordingly. We define a sponsored post as any content that promotes a specific product or service, which we were paid to post by the company or individual who makes/sells/provides it.
Latest posts by Sponsors (see all)
Advertisement
Sign up to our Newsletter!
Recent Posts
Like us on Facebook
Latest Tweets