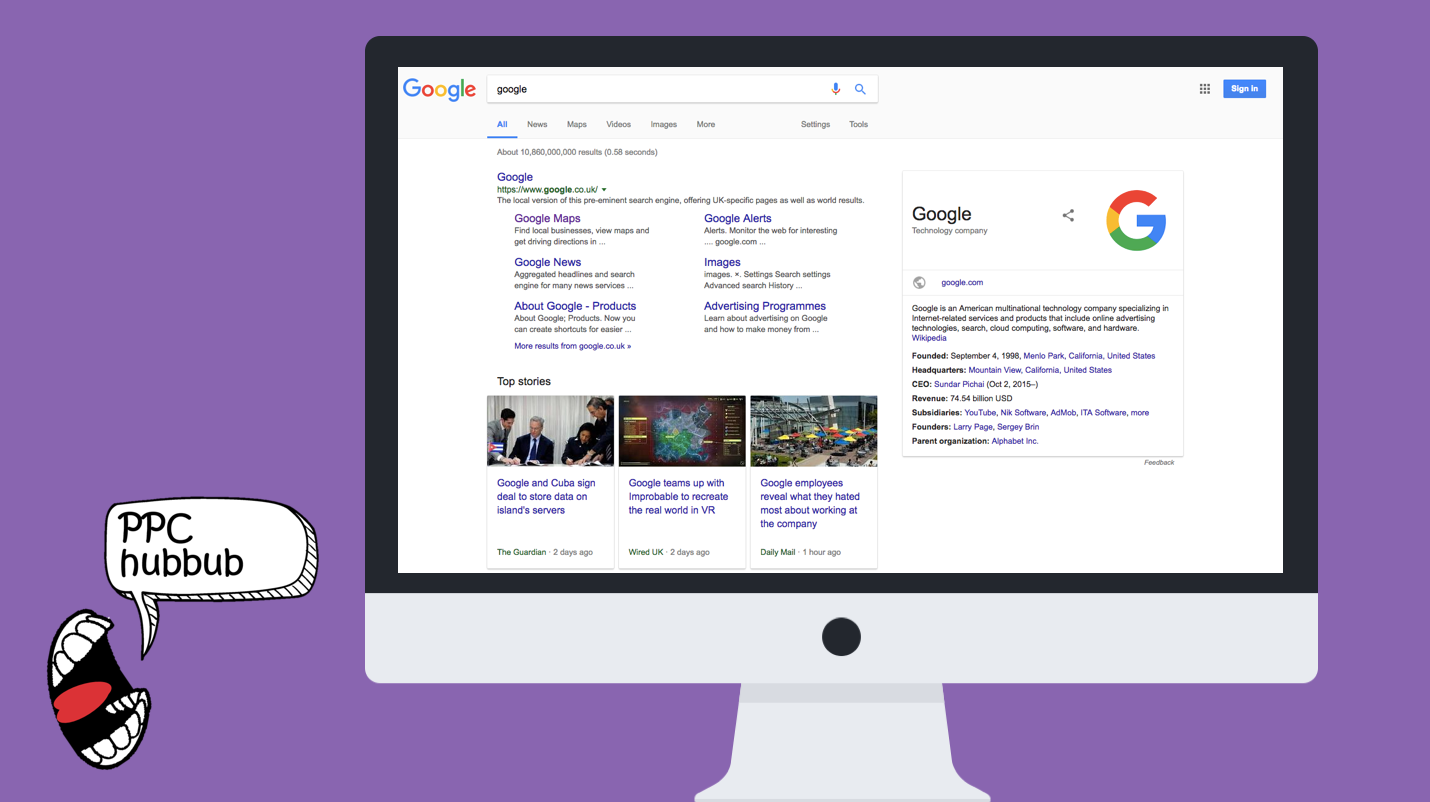 Why are they doing this? What does this mean for Advertisers? As always, we will analyse the hubbub and leave you with some actionable insight.

2016 has seen some huge changes to Desktop. Whether it’s been the removal of the Right Hand Side Ads, Positions of the Google Shopping Ads, Column Width Changes, Card Style SERP testing; you name it, it’s probably been tested this year.

The removal of the right hand side ads around March caused panic amongst the Paid Search industry. What would it mean? Was performance going to shift as a result? What were Google preparing for?

Broadly speaking, there doesn’t look to have been too much of an impact in terms of a negative performance for advertisers as a result of this change. Of course, most have seen an increased aggression for those top positions, but the ultimate winner appears to be Position 3 year on year. 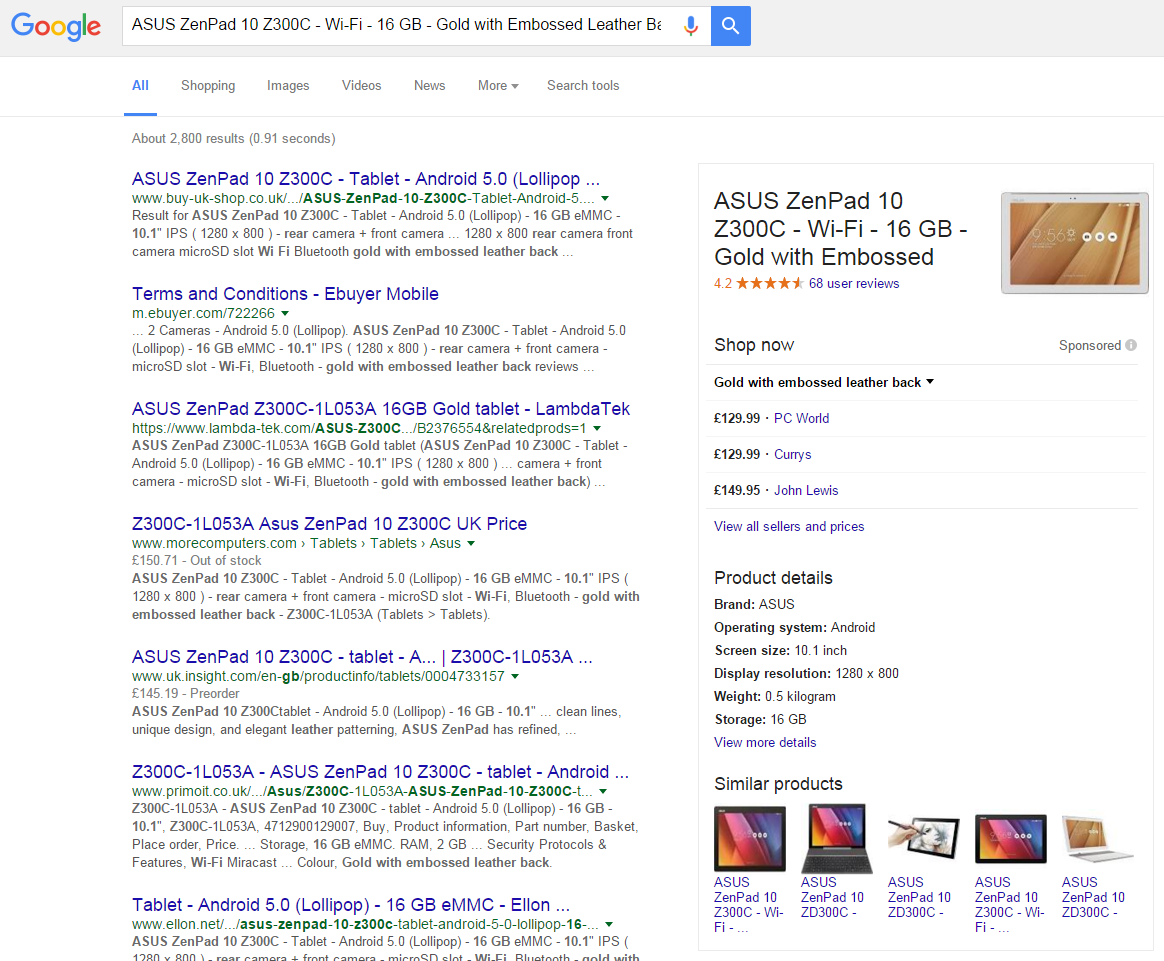 In 2016, we saw Google use more of these Google Shopping Product Cards for individual product searches, which is the main reason as to why they have forced merchants to provide GTIN’s in their product feeds. The above ads are now the new norm for individual product searches; giving users more choice and rich information to make more informed decisions. 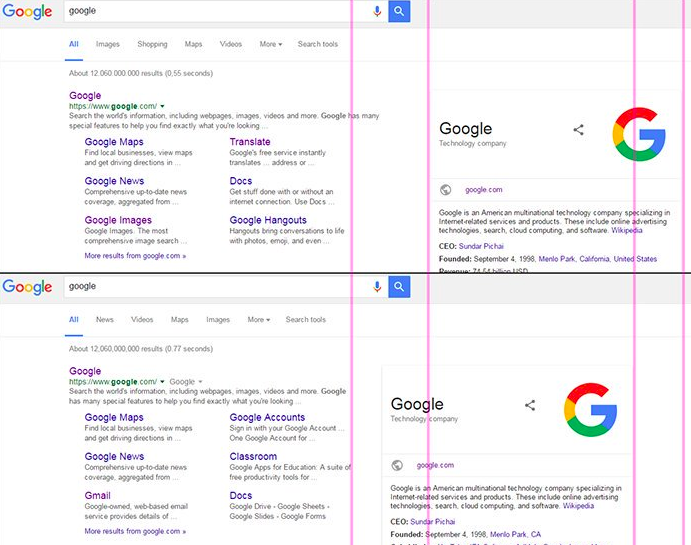 Google have been tweeking the Search Engine layout this year more than ever, and the above shows how the Organic listing has now become wider and the Knowledge Cards have shifted more to the right. The above was most likely in anticipation of Expanded Text Ads becoming the new norm for Paid Search Ads. This means that the Desktop Search Interface is now wider than ever, giving Google more space to play around with and to make the Search Interface more useful for it’s users. 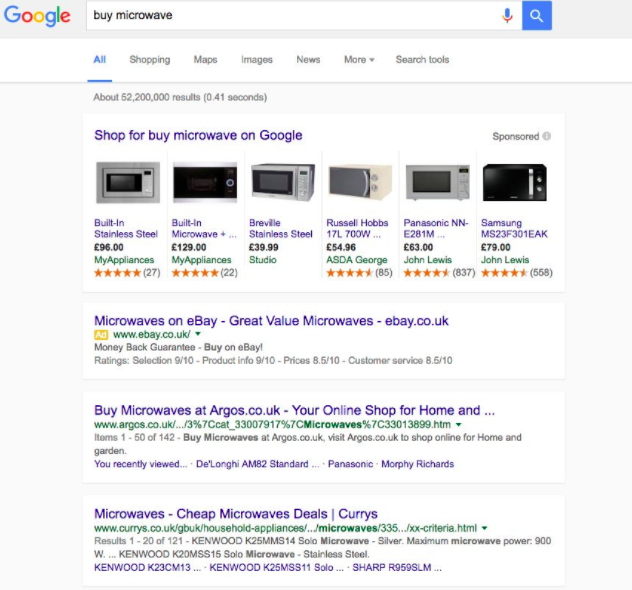 The above was tested around June. In May we say YouTube’s results pages overhauled to follow this ‘Material Design’. In trying to align it’s products, the above was then tested for some users on Google Search. The test didn’t seem to last that long though and to be honest, we haven’t seen it since. It looks nice, however from a Paid Search performance point of view I think it makes it easier for users to distinguish between a Paid Search ad and an Organic Listing. Perhaps this may be why it was fairly short lived.

Ok, so the changes aren’t too impressive, but as we previously mentioned sometimes the smallest things can make a big difference.

But why has Google made more changes? Why can’t it stay the same…WHY?! Help me out here JLo…

Mobile is changing the game

Mobile continues to rise, to the detriment of Desktop & Tablet

Changes no longer happen on Desktop first and then Mobile second, in fact its now the opposite. Mobile is driving the change onto Desktop. As we have previously spoken about this year at PPC hubbub, any changes to Google Search in terms of new Ad formats or innovations will happen on Mobile first; with Desktop now being the secondary device. As the Guardian reported in 2015, we are in the midst of “Mobilegeddon“.

Year on Year, Desktop & Tablet search has slowly been in decline as more and more users turn to their other devices for the answers they need. Knowing how vigorous Google tests things, there’s no decision made without money in mind and i’m sure that the above new Search Interface was the perfect combination for it’s users (and therefore bank balance). At least for the time being.

What does this mean for advertisers?

It creates a seamless transition for users across devices

This creates a unified experience across all device sizes and platforms, therefore making the transition between devices seamless for users.

This small change will make going from Mobile to Desktop to Tablet a little less disjointed for users. Google recognise that people switch from one device to another a lot, and the experience users should get across each device should be the same.

As we know, Google have been focusing a lot over the past year or so on cross-device products such as tracking and retargeting. This will continue to be a focus as we go into 2017, particularly around the idea of further developing ideas on targeting users with the right message no matter the device, as well as further developing measurement advertisers can rely upon. Cross-device products will continue to grow.

These elements do far more than please the eye

This is one of the aims of Google’s Material Design. It’s aim is to be Bold, Graphic, and Intentional. To quote Google here…

Let’s be real here, there is no other reason that Google would have changed this if they hadn’t have seen a benefit from their testing. The new Search Interface is cleaner and more focused, which ultimately drives more value for everyone.

Overall, the aim of the change is to maintain an element of continuity across all of Google’s products and services. Is this a hint for Google’s focus for 2017? Are we reading too much into it? We shall see…

The Desktop Search Interface on Google in 2016 is almost completely different to how it was in 2015. What will 2017 hold? Well one thing is for certain; Google will never be completely happy and we will obviously continue to see more testing, but hopefully we won’t see as big an overhaul as we have seen this year.

I’m sure there is another shade of blue that they can test! If not, then maybe they could give this other JLo reference a watch…