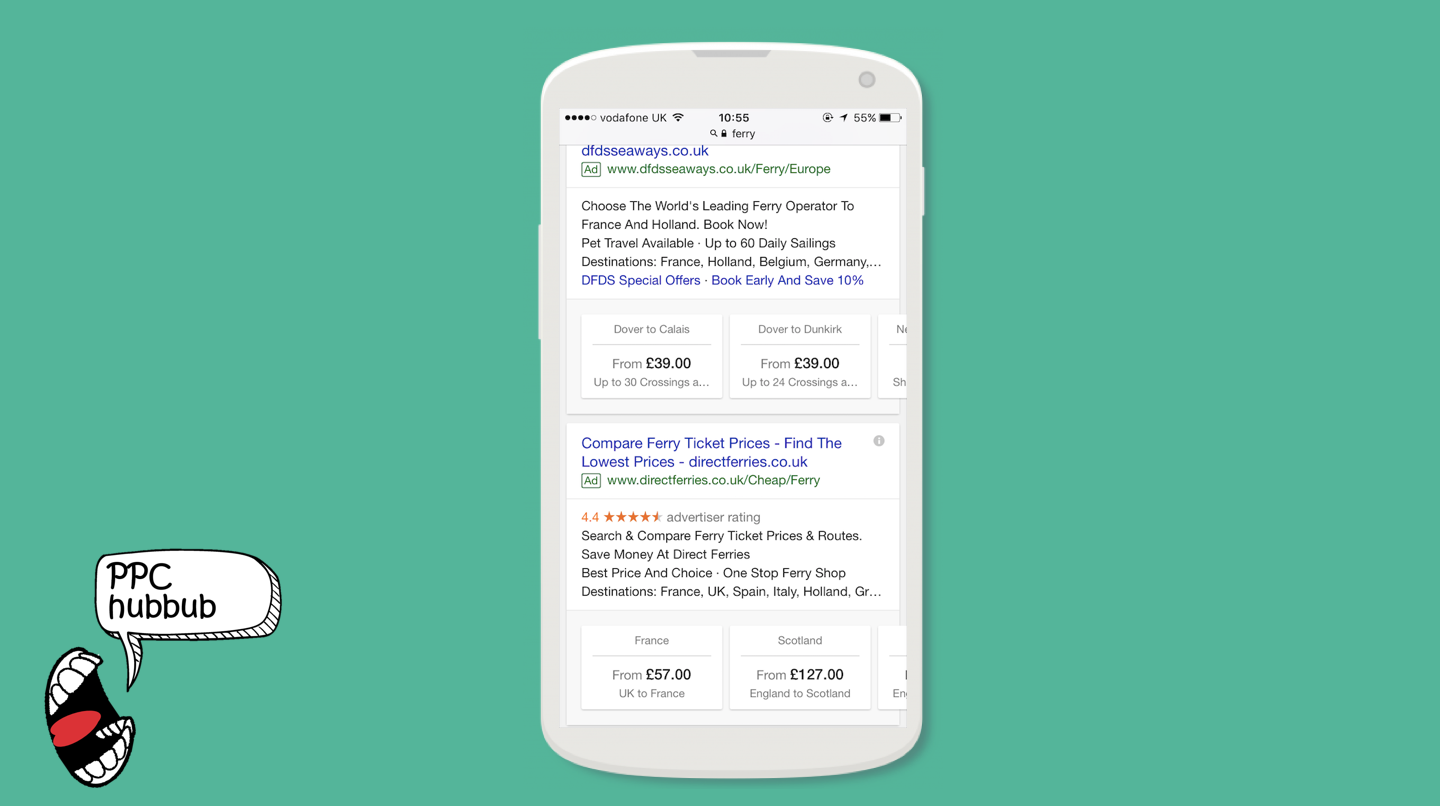 From March 2017, Google Adwords Price Extensions are now available in more Ad Positions on Mobile. Price extensions are an ad extension that can be used to help promote the costs and pricing structures of your services on Google.

We fight through all of the hubbub and tell you everything you need to know about this latest update.

Search Engine Journal – Price Extensions to be shown across all Devices

What are Price Extensions?

The Extensions has been available to use since around July 2016 in Google Adwords, and has since evolved a number of times across different devices.

It’s seemingly proved very popular. From those who have used them, they tend to see an uplift in CTR versus Mobile Sitelinks of 117% and an 18% uplift in CTR on ads overall when they are used (Google Inside Adwords, 2016).

Price Extensions used to only appear on Mobile, but as of February/March 2017 they are now also available on Desktop. With this update also came the option of being able to use Mobile URLs for these extensions.

In March 2017, Price Extensions now seem to be appearing in most Positions on Mobile – whereas previously they were only available in Position 1.

In position 1 on Mobile, the Price Extension will appear in the standard carousel format. 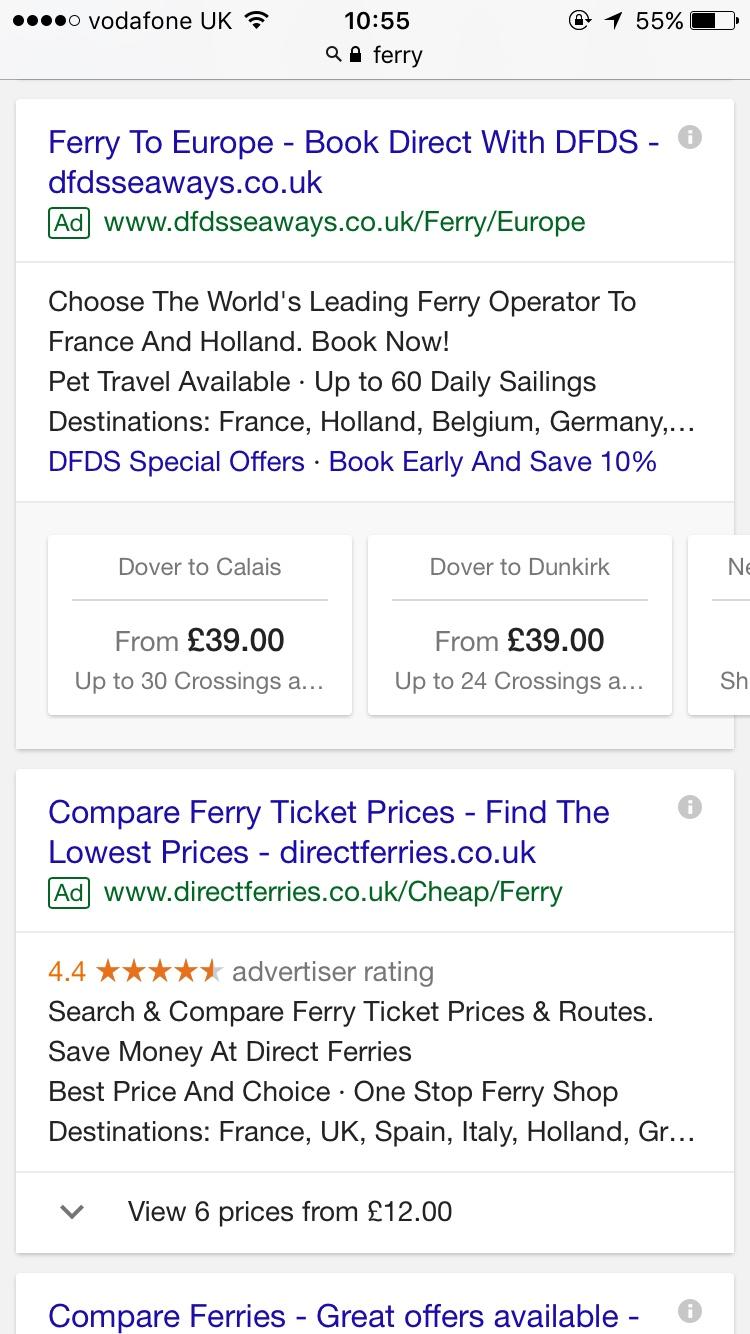 However in position 2 the Extension initially appears as a drop down option. 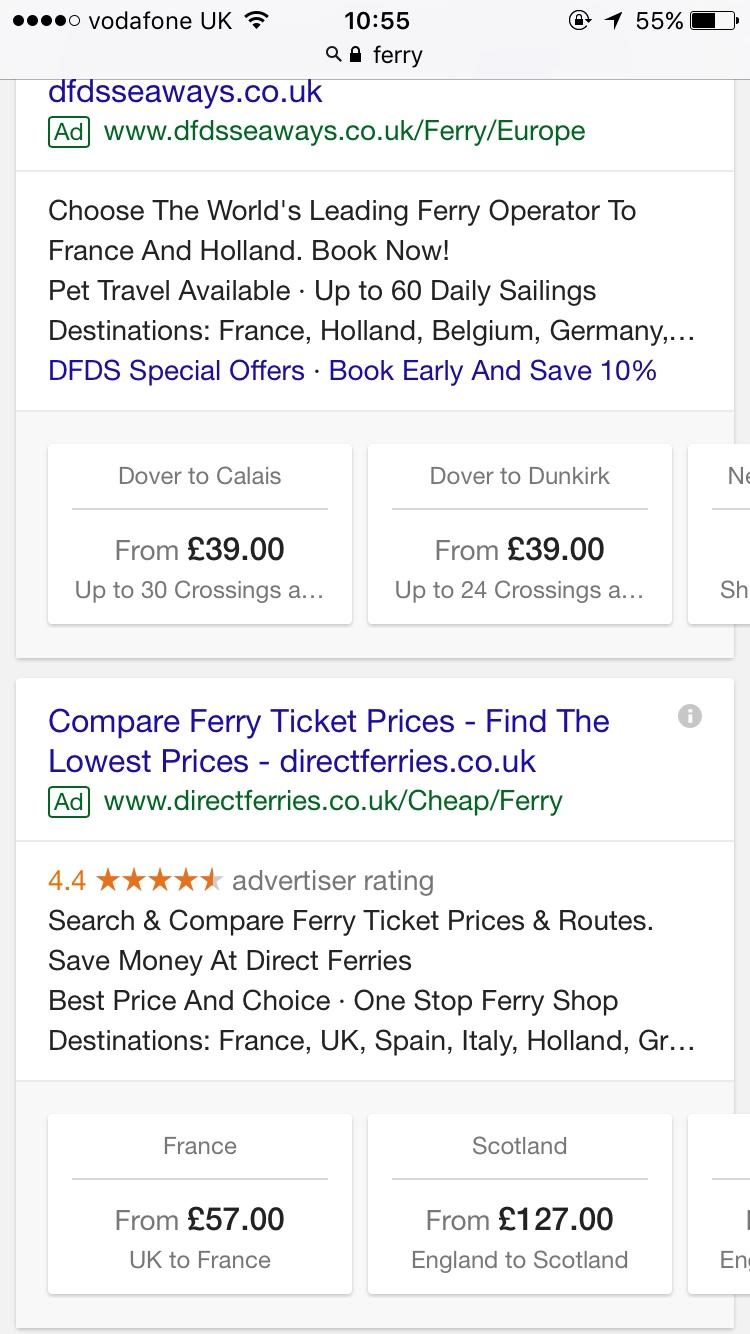 Once clicked, the Price Extension appears as the usual carousel format. The screenshot shows how much space can be taken up in the SERP on Mobile.

For those now in Position 2 with the option to show the Ad Extension, this is what it can look like before clicked; 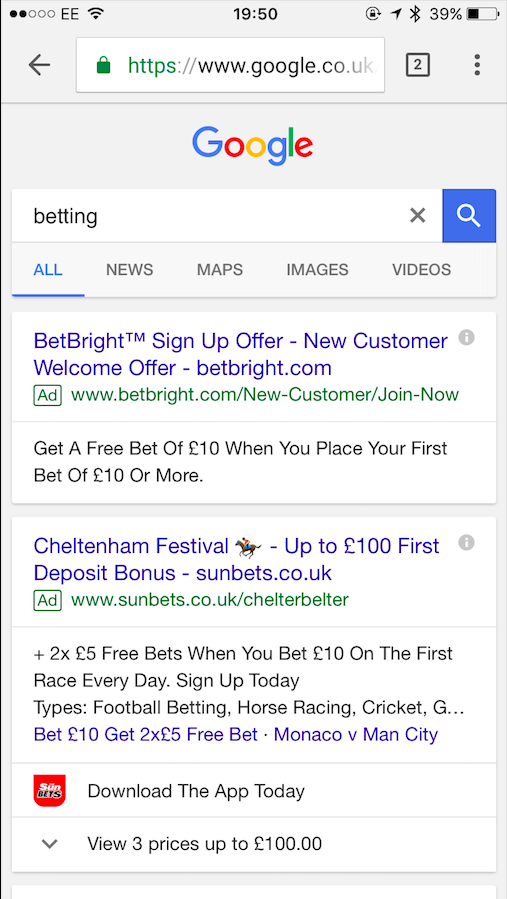 Also notice the Emoji that has been put into the Ad Copy. Sneaky!

And again, once clicked this drops down to the standard carousel ad format that we are used to seeing in Position 1 on Mobile. 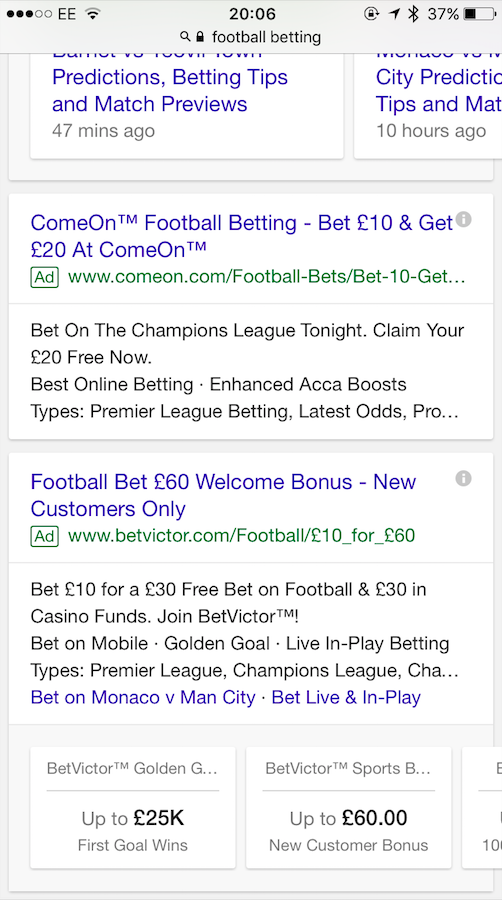 We have heard from Google that this should now be the new norm for Price Extensions on Mobile.

More advertisers can now utilise Price Extensions outside of Position 1

Even if your budget doesn’t stretch to reach Position 1, your ad still has a great chance of a higher CTR across other positions.

It still makes Position 1 more lucrative on Mobile as there isn’t the need to click and drop down the menu. However it helps to level the playing field a bit more for other positions.

When they initially launched, there was fear that because they worked so well (and because they only showed in the top positions), that this would be one of the first ad extensions to really ramp up the Mobile CPCs due to increased competition.

If more advertisers use it, does it become less valuable?

Perhaps this is an argument. But we don’t think so. Price Extensions don’t always appear, but when they do it’s proven to help drive more pre-qualified traffic to your site.

Stop moaning, and get it tested! If you don’t utilise them, you risk being left behind the competition.

Price Extensions have evolved so much over the past year, and we believe that it will continue to do so

They obviously work really well for Advertisers, Google and it’s users. Google i’m sure will continue to invest in testing new ways to display the format in different positions across other devices. Perhaps we will be seeing more variations of how it could be displayed on Mobile too outside of Position 1.

What can you do?

Do I really have to spell it out Sherlock? USE PRICE EXTENSIONS

You can find everything you need to set them up here.

Remember to follow the requirements, and read the section titled ‘Before you begin’.