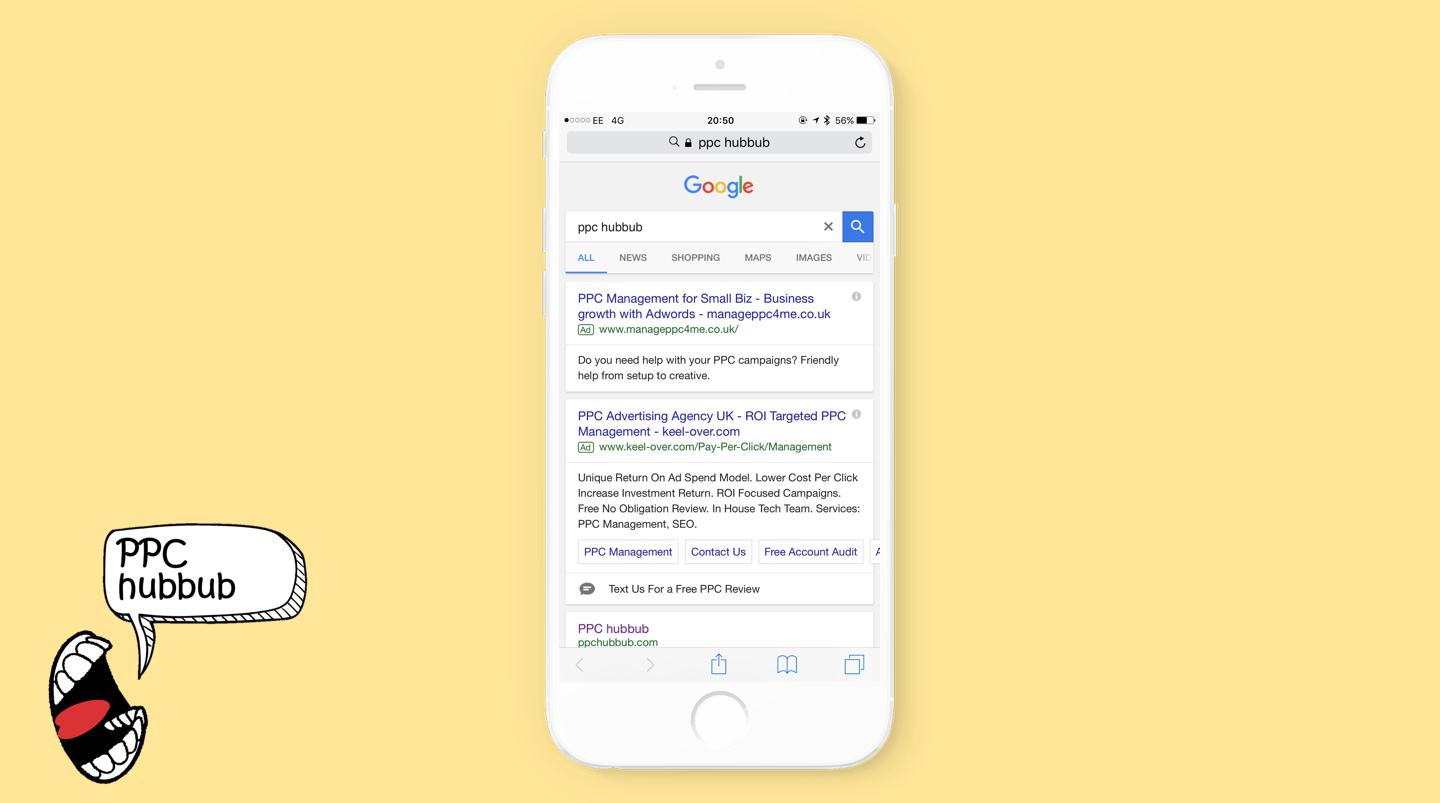 Google have recently been testing lots of new Ad formats across all devices, so we thought we would kindly summarise some of the latest updates for you – just incase you’ve missed any!

Across Desktop, Google have started testing specific sitelink formats for Brand search queries. On Mobile, they look to have rolled out a carousel sitelink format in lower ad positions. For Google Shopping, they have shaken up the product card unit by adding a carousel…and more!

Like anyone in our industry, as soon as we notice something different about search engine results page; we message Barry Schwartz. So we did, and he wrote a post about it on Search Engine Roundtable.

So what’s the difference?

It’s subtle, but below you can see what they look like side by side… 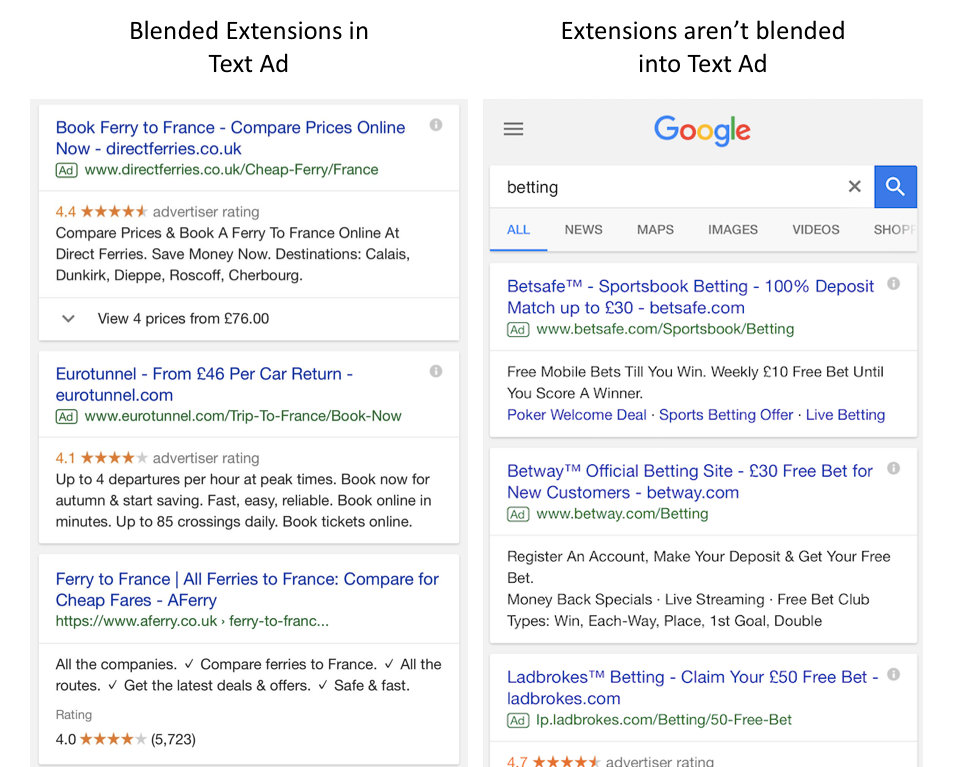 You can see how the “blended” ad looks even more like an organic listing with it’s usual Meta Description. The only difference is literally the ad label and a few obvious differences in the structures of the Ad and SEO Title.

@rustybrick thought the Sitelink change was just for Organic listings in your post? Looks like it's for Paid Search Ads too? #ppcchat pic.twitter.com/BbkcQmkcJo

It was previously reported that this is now going to be the standard for Organic Listings, but Google look to be testing this for Paid Search ads too. I’ve only been able to replicate this for Ads in Position 2 or lower… 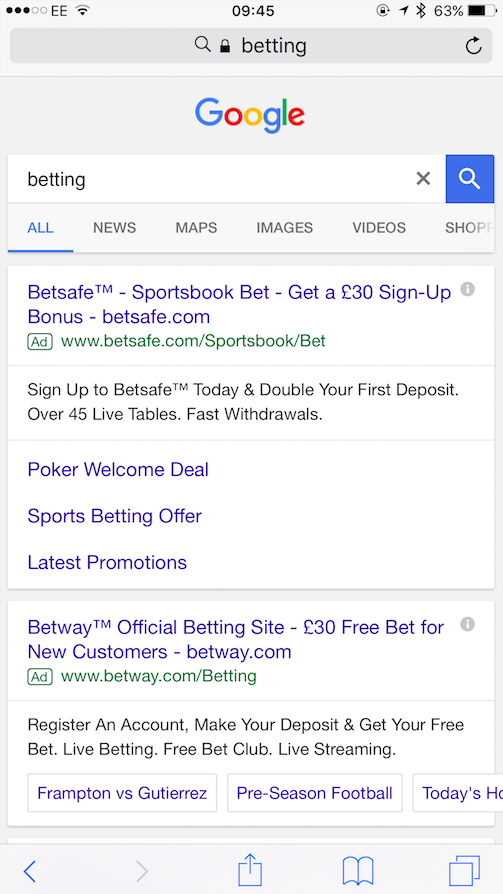 But that makes sense. What this gives you is an even greater opportunity for a click across your Sitelinks, making this position even more lucrative than before. In the above you can see that the new format follows the “ad format of the moment” as it’s again in the form of a carousel. Store lists are now shown horizontally rather than vertically which enables it to be much friendlier on Mobile. Not only this, but it also gives the option to show more retailers in this ad format rather than the standard 3 vertically.

When you compare this to the usual Product Card format you can see that the above really makes those top 2 positions the most lucrative, with half of the 3rd ad chopped off! The carousel format also gives more information about the product searched for. The above is a reported test this week across some markets including the US and Denmark. Users could only seem to get them to appear on Brand related queries and only on Desktop.

It brings the Desktop sitelinks appearance more in line with Mobile; rather than there being 2 columns for users to choose from, it looks like a much easier experience to scan through the sitelinks using the above format.

In terms of how there are performing, it’s been hard to tell. There’s no doubt though that they look different to the organic listings below, which may be of hinderance for Paid Search ads – so you can probably expect this test to be pretty short lived if the plan isn’t to change Organic as well. 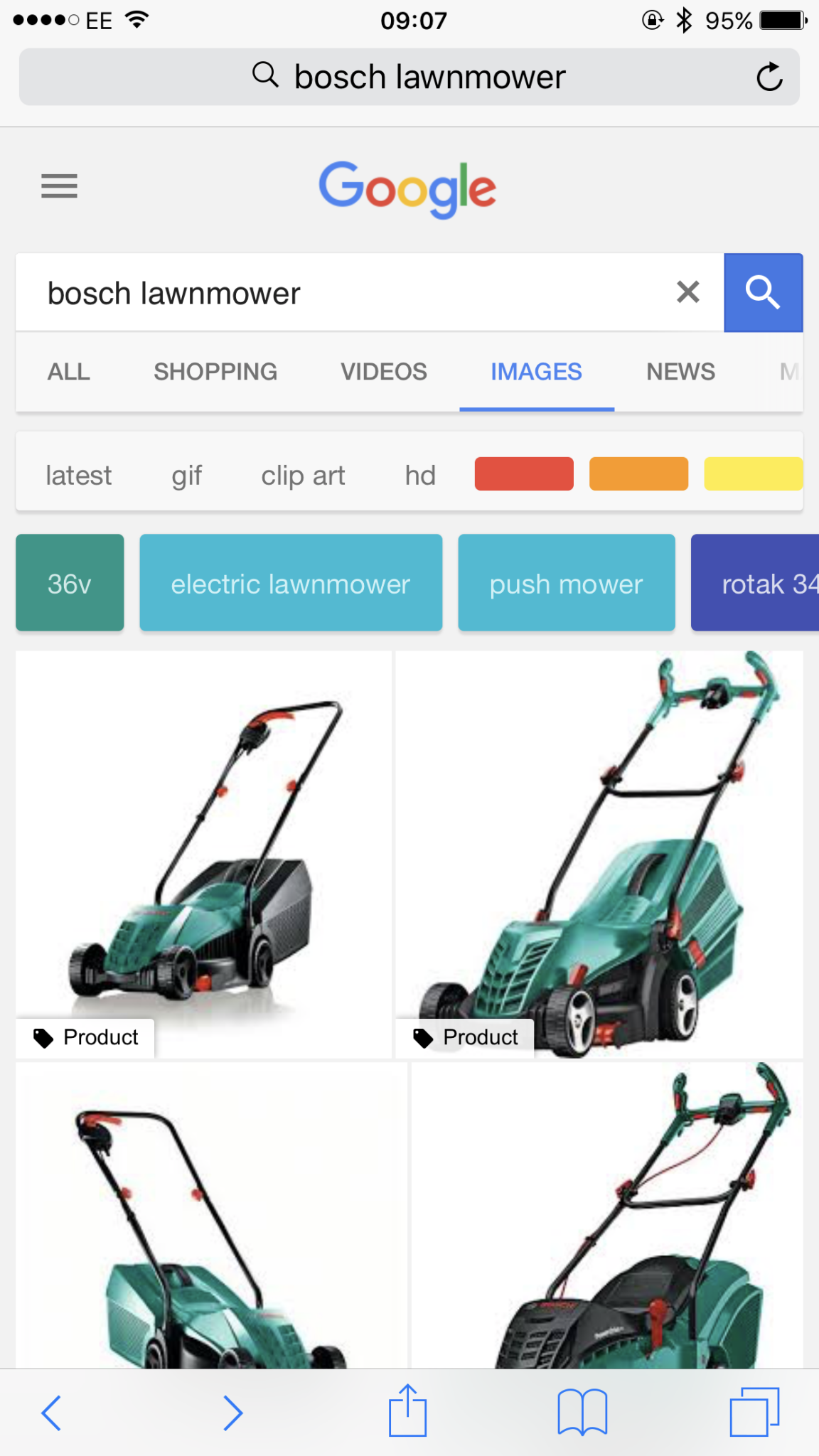 This one threw me off when I first saw it; I was convinced that it was a Shopping Ad displayed through opting into Search Partners (the only way currently to get a Google Shopping Ad to display on the Images tab) – and that this was just a new ad format Google were playing with.

But when you look closer, it’s actually an organic listing for the product. All you need to do is add Rich Markup Schema to your pages to show Product Badges, Recipes, Videos and GIFs. 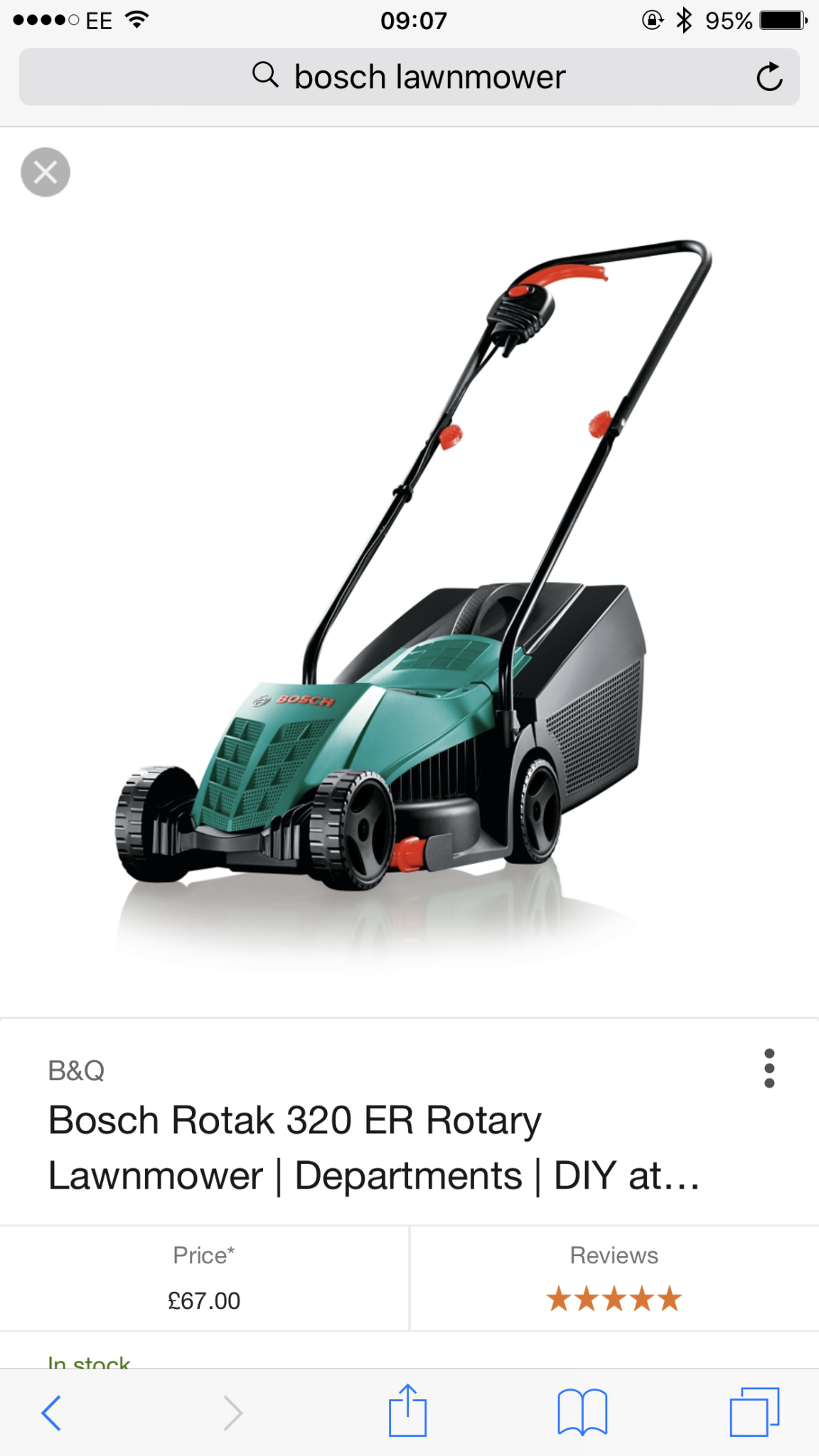 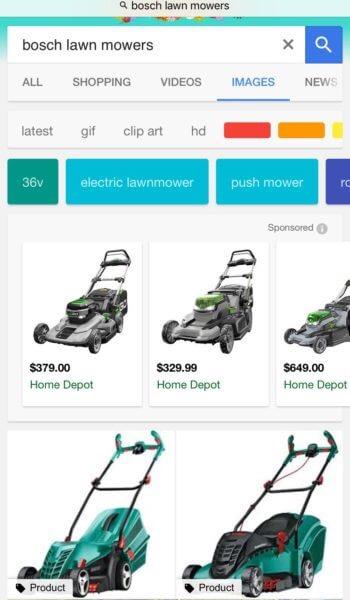 Google are clearing in love with the carousel on Mobile

This obviously works best for users on Mobile. Swiping horizontal appears work better then having to scroll vertically. Can we expect to see more ad extensions in this format? Perhaps Location Extensions, Call Extensions or others in the near future?

Earlier in the year we saw Google started testing multiple ad extensions in a single swipable carousel. Could we be seeing this introduced again soon? With Expanded Text Ads the new norm, Google are playing around with the formatting of the “bits around the edges” to help it’s users and advertisers

Over a year on from Google’s decision to introduce Expanded Text Ads to everyone, advertisers are still seeing differing results on performance. Most are reporting higher traffic and Click Through Rates and by testing new formats such as the above Google are ensuring that this trend looks set to continue.

All new formats and releases will be focused on Mobile first for the foreseeable future. It’s interesting that they are looking at Desktop again

Google are investing most of their time and effort to ensure Mobile continues to work and grow for all of it’s users – and rightly so, this means that all new releases have to be mobile first. The above is the first test that we have seen in a while on Desktop so it will be interesting to keep an eye out to see if we get anything else new in the next few months.

Google will stop testing in Q4. It’s getting the results that it can before it’s too late

As you may or may not know, Google tends to severely limit any form of ad format testing around the Q4 period as this is when it experiences the most number of searches. This probably helps to explain why we have seen so many different tests in recent weeks. This could mean that more may be around the corner…