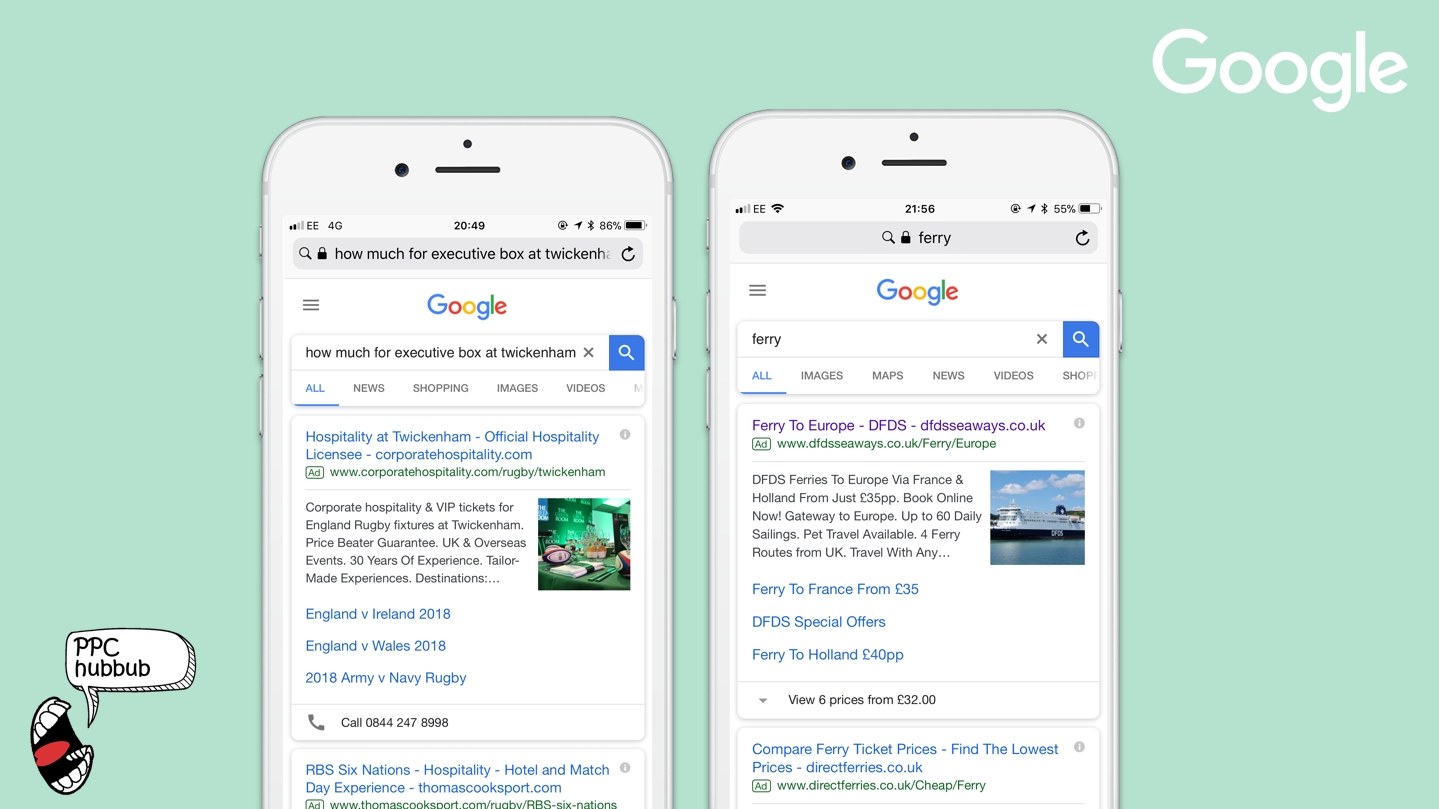 Visual Sitelinks have been available for select advertisers in Beta for over a year now and recently Google looks to using these images and displaying them within the Text Ad description lines rather than as an Ad Extension.

Google have tested images within text ads through different variations over the years via Mobile; to varying success. This looks to be the latest test for Paid Search Ads.

Why are they testing this and what does this mean for you? We’ll explore everything and leave you with some actionable insight.

What are Visual Sitelinks?

Visual Sitelinks for search ads usually look like the below: Google first introduced Images as an Ad Extension around 2013 and it never really got off the ground. Image Extensions were sunset later that year, to the dismay of many advertisers who were seeing good results.

It’s rumoured that at the time Google couldn’t properly police the images being submitted, despite their best efforts. As technology improved they introduced them again at the end of 2016 to selected advertisers via a Beta in the ‘Labs’ tab of Google Adwords; this time in the form of Visual Sitelinks.

Last week we spotted that Images were starting to appear within the Paid Search Text Ads as opposed to an extension: 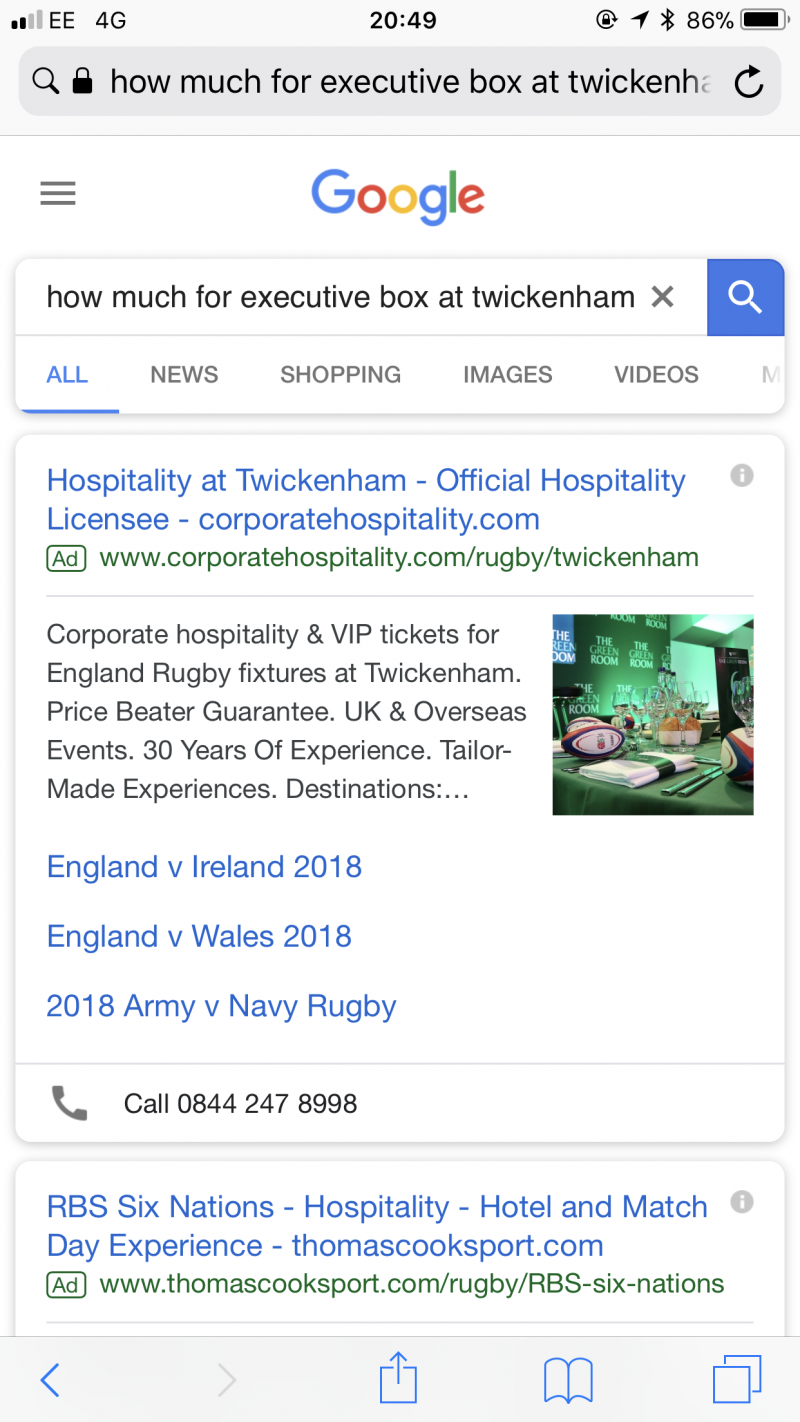 Upon request we asked Google and they confirmed that these are in fact a new variations test of Visual Sitelinks.

However, there is a difference. Unlike the usual Visual Sitelinks that we are used to; they aren’t trafficked to a different landing page to your text ad. This means that when a user clicks on the ad, they will be sent to the Landing Page of the keyword or Ad rather than the Landing Page that you set for your Visual Sitelinks. Instead, they simply just give the text ad an additional visual element; an extension of the text ad itself so to speak.

There have been images in Google Organic Results for a while now and perhaps this is another way Google can help blend the ascetics of it’s Paid Search Ads into the search engine results. 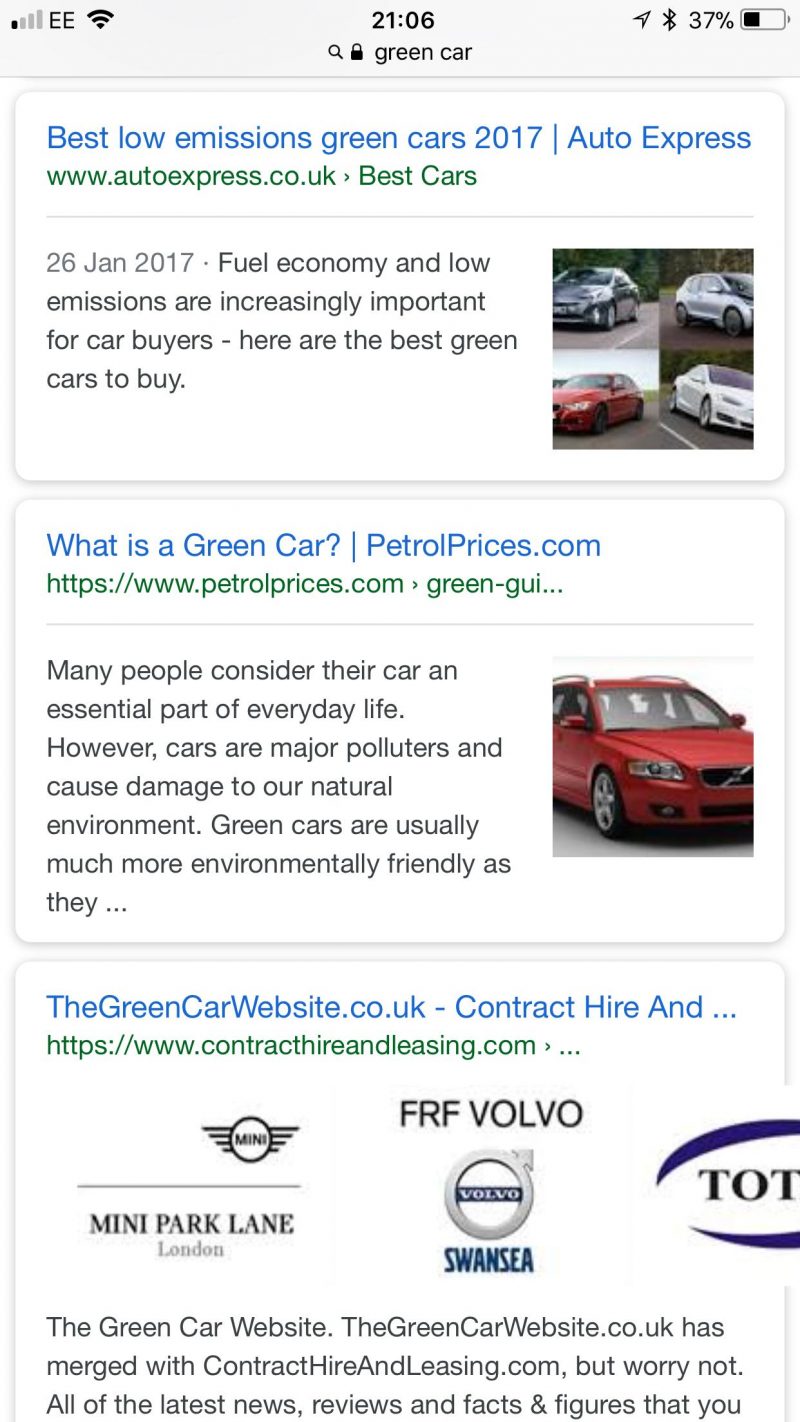 We know users engage more with visual ads on their Mobile; Google Shopping’s success is a prime example of this for Paid Search. We can only expect this to continue growing as we go into the new year.

With the new Visual Sitelink test making the text ads look even more like Organic; I’d bet that Google are seeing good results from these. Could these be the norm this time next year?

Could we see additional visual ad extensions to test?

Google is now working with celebs to create snapchat style vertical videos in Mobile search results. Can we expect to see something like a Video Ad Extension for Paid Search Ads next year?

With this being a test, there’s nothing that you can do to control in which format Visual Sitelinks will appear – or even how often they are served. What’s important though is that you remember the steps below…