Home / Blogs / Google / Adwords / What Does 2018 Hold for AdWords Professionals?

What Does 2018 Hold for AdWords Professionals? 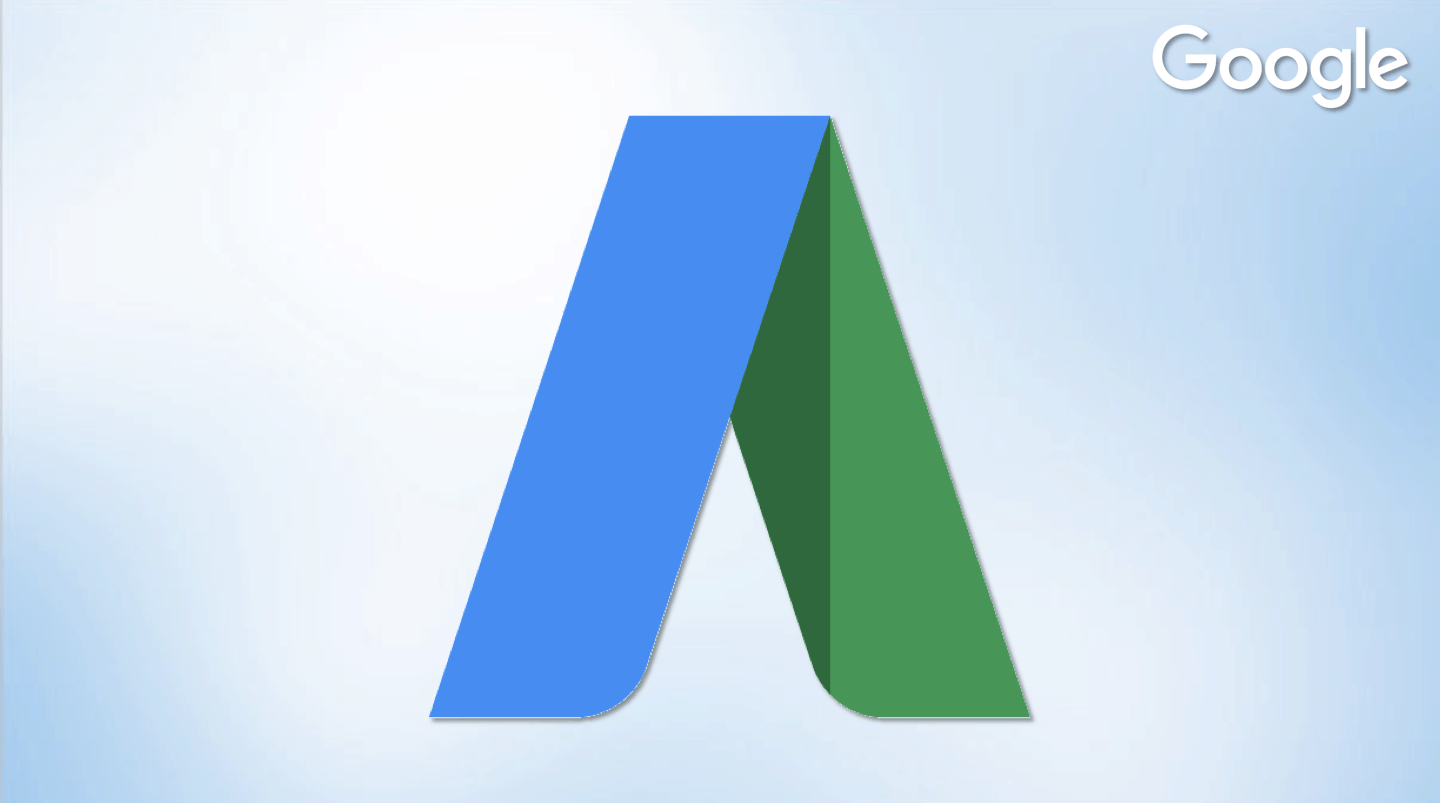 Do you remember those peaceful years when the AdWords interface rarely changed or how about a little further back when Google didn’t just work with agencies, they actually loved and needed them? That’s right, they needed them so much, they paid them a lovely ‘Best Practise Fund’ to encourage agencies to sell and grow and AdWords.

Well, if those days weren’t already over, they will be this year.

2018 marks the dawn of AdWords 4 A’s. What does that mean for AdWords Professionals and agencies across the world? Well, as I tell my children, the world is what you make of it. But the 4 A’s will bring a lot of change in 2018 and 2019 and whilst I am not a big user of the adage “Adapt or Die”, if you don’t, then there is a chance your agency might just (probably not die, but shrink or quickly and awkwardly change into something you didn’t expect).

OK, that’s enough scare mongering for now, I will get back to that later once I’ve put some more meat on the bones.

If we’re being honest, we’ve all enjoyed the rise of Remarketing and the growing Audience lists and segments within AdWords. It’s certainly added to the AdWords Tool Belt and given AdWords Professionals more to get their teeth into. I would expect that this will only get better, AdWords have certainly sat up and took notice of Facebook over the past 24 months. Which you would expect considering how much advertising spend Facebook have pinched from their plate during that period.

AdWords are keen to replicate as much of the success Facebook has generated and they see Audiences as a key area to this plan. Yes, this could mean making it less about the keyword/match type and more about who you’re targeting and when you’re targeting them (sounds a little DoubleClick-Programmatic right!). You can’t blame them for thinking less about Keywords, in December 2017, more retail traffic went through Google Shopping Campaigns as opposed to Google Search Campaigns.

Keywords are so 2016. On top of that, you have a growing Voice Search market, a market that Google aren’t quite as ready for (not that they will admit it, yet) as Amazon are

Voice Search is a completely different animal to Online Search in terms of intent and the language used, so keywords are far less effective. Plus, Google still need to solve their basket issue which means Amazon can do what Google can, plus more. it’s no coincidence Google slashed the prices of the Google Home for Christmas.

But, Amazon do seem to have unfair advantage. Since the EU ruling, Amazon are back with a vengeance on Google Shopping where you can buy the Alexa. Now try and search for the Google Home on Amazon and all you will find is the Alexa and a Google Home Set Up Guide. It’s hardly fair considering Amazon equated to over 50% of Europe’s product sales in November and December 2017. So how will Google compete fairly for this market?

I would stress at this point, I do not see the importance of Negative keywords diminishing, quite the opposite. Negative Keywords will only become more important. Anybody who manages Google Shopping campaigns will know, finding and adding new negative keywords is an ongoing task that has never reduced in importance.

As Audiences grow, our only real control will be Bid Modifiers. However, like modifiers for devices, we will be conditionally discouraged from using them via two methods; Interface & Attribution.

Google have committed to becoming a ‘Machine Learning First’ company and whether you like it our not, you’re probably already taking advantage of it’s machine learning capabilities, “hello Enhanced CPC”

So, let me be honest, whilst I sometimes harbour for the days of old (which is a sign of getting old, only confirmed by excitement to receive a Mega Drive for Christmas), their automation is already pretty good and only going to get better. Unlike automated AdWords scripts or services that change bids based on the last few hours performance (which is automation, but not very intelligent), AdWords Machine Learning Automation will make bid management a term we won’t hear too much by 2020. You could argue that makes AdWords even less of auction, or maybe a ‘totalitarian auction’ in which they control the price and bid. But, will advertisers care about that so long as that puts them in front of the right people at the right time and their ROI is being achieved whilst growing their revenue? I’d wager that they won’t care at all.

They already have automated Ad Suggestions in place which will turn into fully Automated Ads for both Search and Display and pretty soon I’d guess.

Some agencies have already accepted automation, some have already embraced it, some are even lucky enough (lucky probably isn’t a fair word, as they were intelligent enough to see what was coming before many of the others) to be pioneering it. For many others, Automation is a scary thought, if AdWords become more automated, will our clients still need us?  Will they want to pay us as much as they do know?

When you take a step back and look at the bigger picture, the answers are both still yes. Your clients mostly pay you do this now because they don’t have the time or the interest. If they did, they wouldn’t pay you now, they would just do it themselves.

The answer to the second question is also yes, but this is where you need to show your worth and your value, you will need to be more consultative and much more communicative. You can’t just send them a report at the end of the month and a list of things you might have done. It’s the latter that will trip some agencies up, not being able to show value when other agencies can.

New agencies who embrace automation from the get-go will enter the market with smaller teams, fewer overheads and more competitive pricing. They will be disruptive in one very specific way, price and they will out anybody and everybody who is charging the same and doing less due to Automation. Inevitably, some will fall, this will be too big of a change and like the Titanic, their rudders will be to small to turn their ship.

AdWords want us to provide more Assets, in the same way you might feed Assets (images & feeds) into DoubleClick, AdWords will create more ads

This addition will just help to fuel their automation even further. AdWords have spent the last 12 months asking agencies and AdWords professionals to create more Ads. 10 Years ago, 2 was enough, 2 years ago, 3 was enough, now they want 4 or more. When Agencies and AdWords Professionals are slow to do what AdWords wants, they either make us do it or they do it for us. Remember when everybody was slow to take up Ad Extensions? Well, we weren’t so slow once they tied it to Quality Score.

Ignore them at your peril, it’s their game and eventually, we always play by their rules. They just get better at changing the rules

Assets does provide a huge opportunity for us to become a lot more creative, but I’m not sure the AdWords Overlords have considered that pushing for Assets places an extra cost on businesses who need to fork out to get new images or pay for photoshoots. You’ll know who the smaller advertisers are when they all start using the same 5 Google Stock Photos.

Think you have Attribution nailed? Your probably wrong

Firstly, Yeah! I was lucky enough to be invited along to Google CMX dinner back in November 2016. I was rubbing shoulders with some of the leading PPC Agencies in the UK and we were there to give some feedback on AdWords. The biggest pain point for nearly every agency was Attribution. Before you jump the gun and go claiming you already have attribution nailed using good old standard Google Analytics, you don’t. If you’re that person, you probably have a really good working knowledge and respect of Attribution, but bog standard Analytics hasn’t come anywhere close to solving Attribution and the nuances of cross device journeys.

Now, I must admit that I seem to have built up an instant reluctance over the last 11 years to anything Google ask of me, but earlier in the year, when they encouraged me to switch AdWords accounts from a mix of Position Based and (the awful) Last Click to Data Driven I was more than happy. What followed was 2 weeks of hell, followed by heaven and ongoing growth. Data Driven genuinely does open your account up to more potential and the soon to be mass rolled out Google Attribution suite will take you even further.

That will all change at some point for you in the next 18 months. I’d even predict a surge in job titles like ‘Attribution Specialist’ or agencies coining the term ‘Expert Attribution Analysts’. Attribution will be great for nearly everybody, but probably not a lot of Affiliate Networks who are still claiming View Through Conversions are just as good as conversions. They’re not, ok, they’re just not.

So, there you have it, things are changing, make of them what you will. Embrace them, fight them but ignore them at your peril!

It would be remis of me to ignore one other impending change from AdWords, the new Interface. It will still be enforced at some point. Whilst most will agree, it’s a step backwards, it’s slower, it still doesn’t work well on devices. It suffers from an elongated navigation which either increases the click path to what you want or just tries to hide it from you. Or, well, it just plain sucks, but we’ll have to get used to it as it’s not going anywhere fast :/

What should you take away from my rambles?

3 – You will have less control over AdWords, use that as an opportunity to do more, not less

4 – Be prepared to have attribution improve what you’re doing

Have a great 2018 AdWords Professionals!