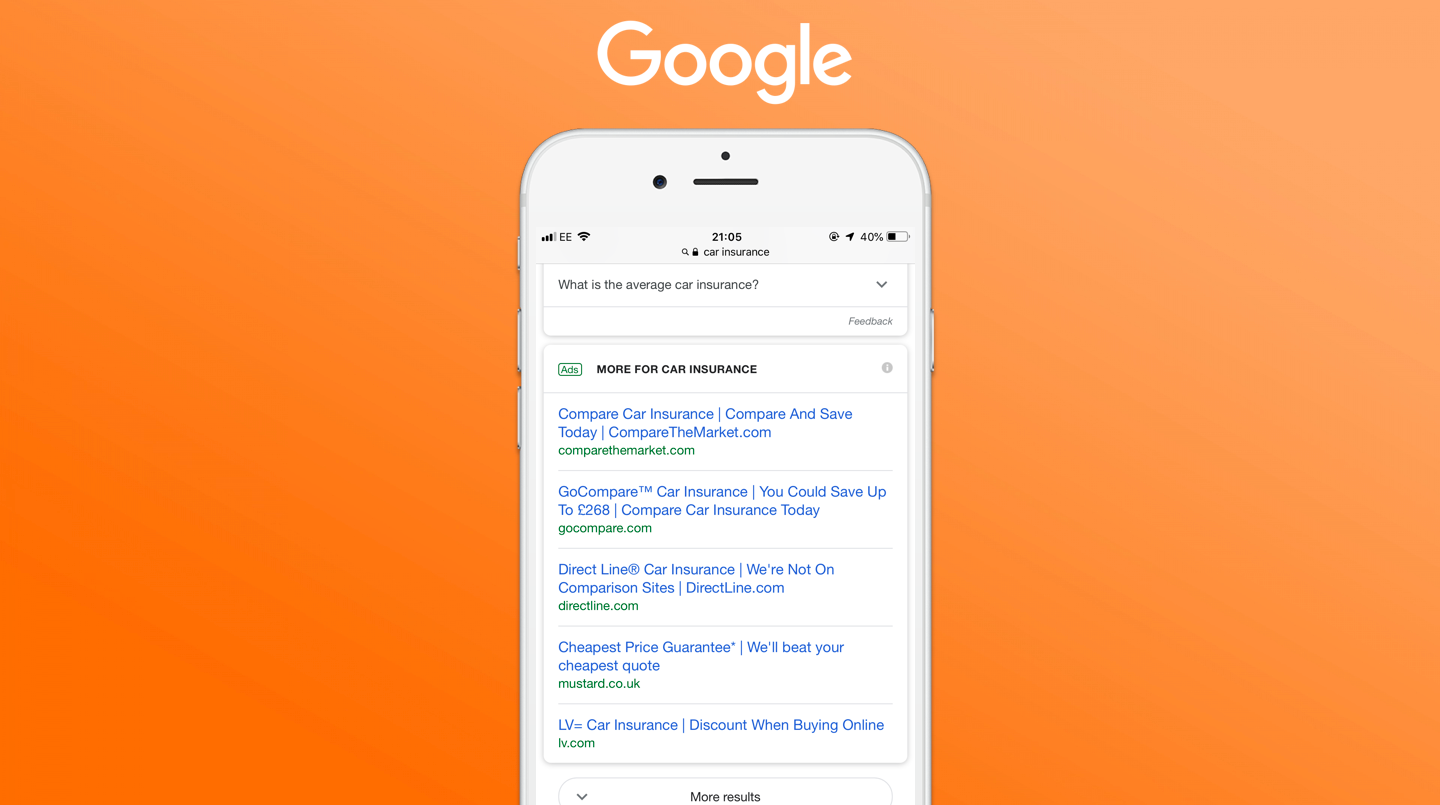 As PPC hubbub first reported on Twitter, Google looks to be testing different ways of surfacing the ads to users on Mobile. We can see Ads without Description Lines in the bottom positions of the Mobile Search Results; meaning only the Headline is displayed. As well as this, they also look to be testing up to 5 Ads at the bottom with this new format so far.

What does this new test look like on Mobile?

Here’s a video of the kind of results we are seeing at the moment.

What you’ll notice from the above is the following:

Google could be making the Top 4 positions even more competitive

There is an argument that by doing this, Google are making the higher positions more appealing.

Without the Description Lines available, this could decrease CTR even further for the lower ad positions. Without the description lines, the advertiser won’t be able to portray the whole message via the Ad Copy.

On the flip side, does this confirm that descriptions lines aren’t that important?

Potentially. Let’s face it, whenever you have done ad testing recently it’s been more about the Headlines hasn’t it? It’s generally thought that the headlines have the most impact on CTR and that Description Lines aren’t that important. However Google’s recent update to Ad Text character limits could mean that this changes.

What should you do?

Looks like it’s just a test so far. Sit back and relax.

Google are always testing things like this to see how much further they can drive for themselves, it’s users and advertisers. There’s not much you can do, and you certainly won’t be able to see this reflected in your performance numbers just yet. Google are very careful about what they do here.

It’s unlikely they will launch this so close to Q4. But the test has been happening for a number of weeks now…

Google don’t launch new tests in Q4 in order to protect advertiser revenue, customer experience, and ultimately their revenue. It’s a key period for everyone so any of the significant changes we’ve discussed probably won’t happen this year.