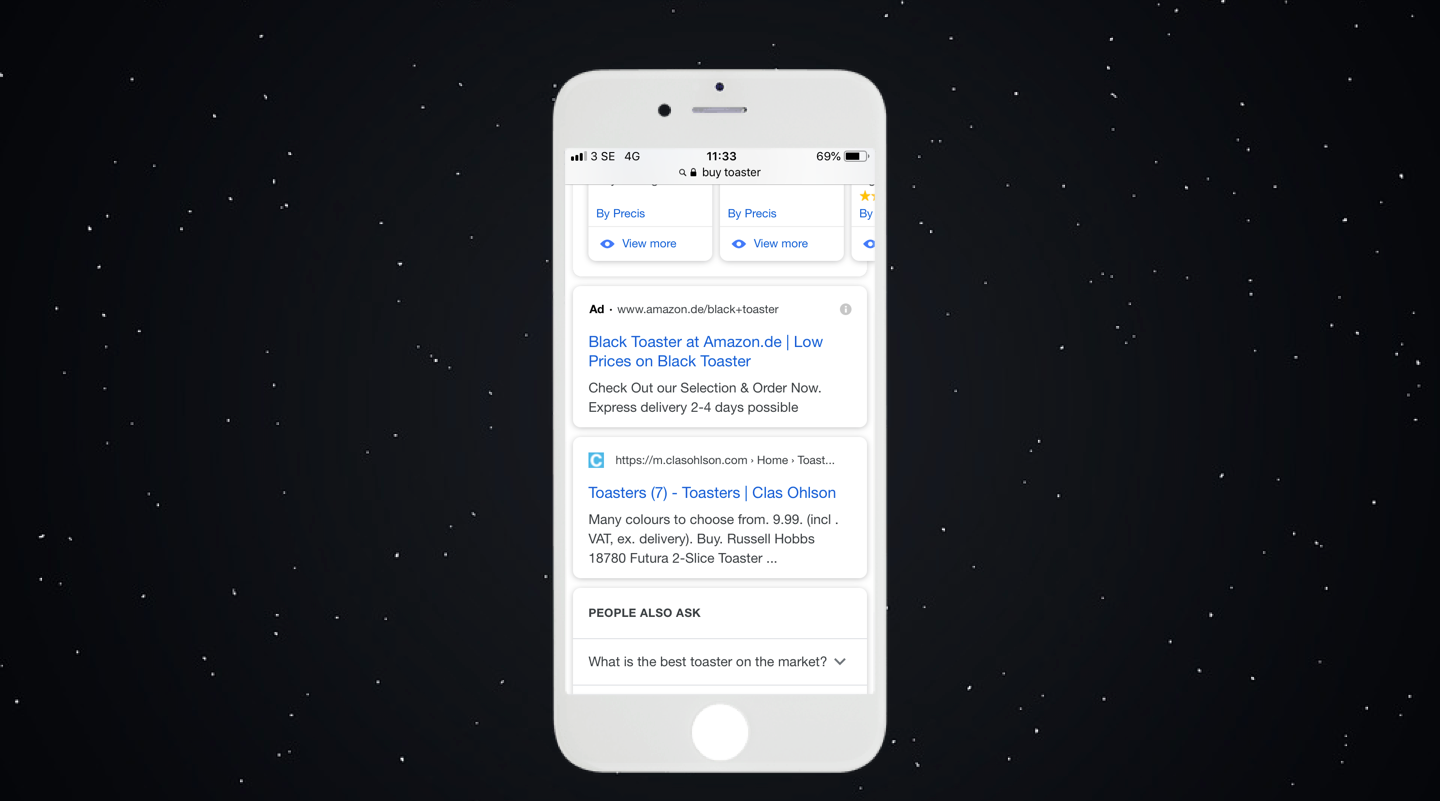 After years of testing, Google looks to have settled on its latest colour scheme and layout for Mobile Search Results. From today, Google will be rolling out a black ‘Ad’ label along with Favicon’s for organic results. It’s a clear shift for Google in trying to further surface the content and actions that people need right in the search results themselves. But what impact will this have and what does this mean for you?

What’s the new look on Mobile? 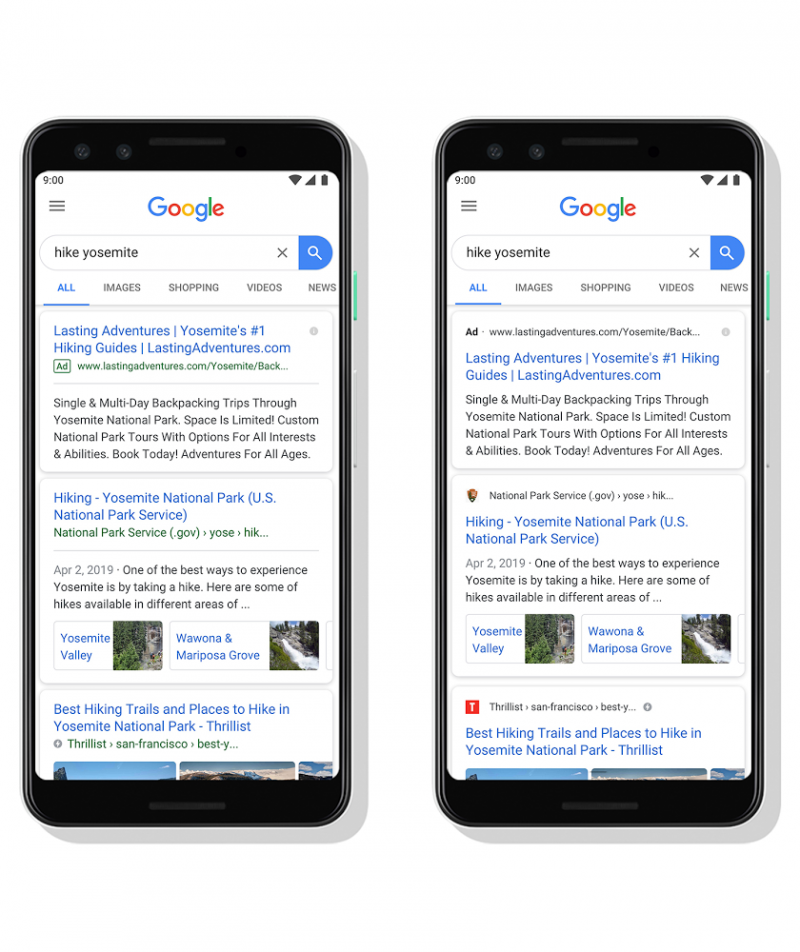 Google have always played around with the colours of the search results pages in order to maximise click through’s to site . It was first reported around 2015 and this has evolved over the years to now include a bolded black ‘Ad’ label for Paid Search which is alongside the usual web address and ad paths. This now makes the whole ad black except for the headlines which are still hyperlinked with blue. 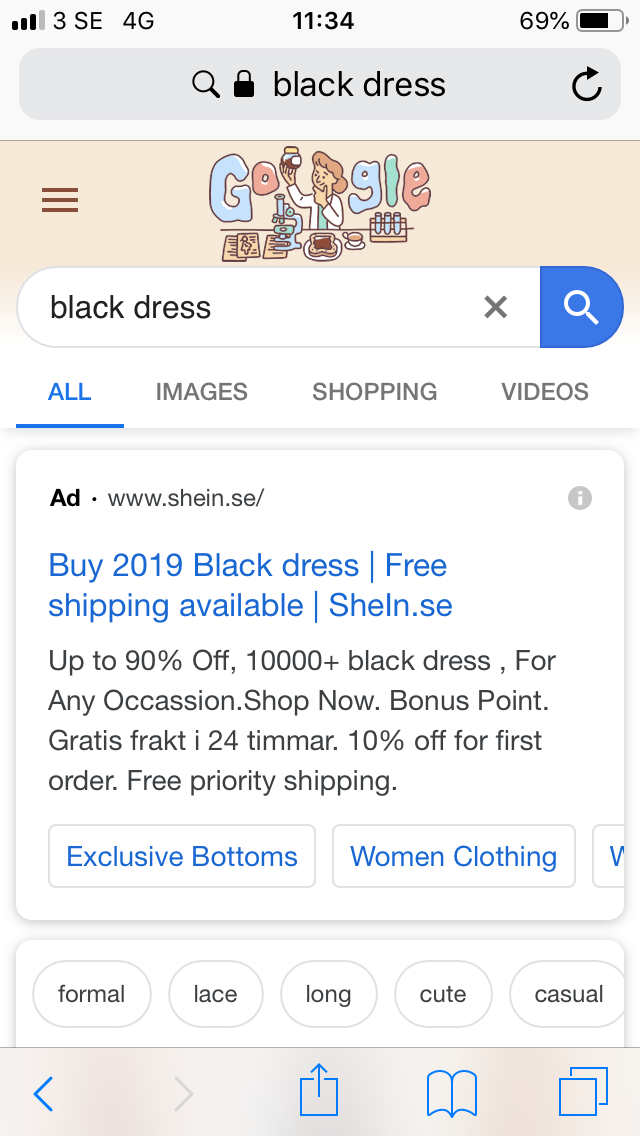 There have also been some updates for Organic Search too. You will now see a new Favicon from the website along with the site name and breadcrumbs. These are now in black rather than the previous green and are alongside the Favicon, whereas previously they appeared below the blue hyperlinks. 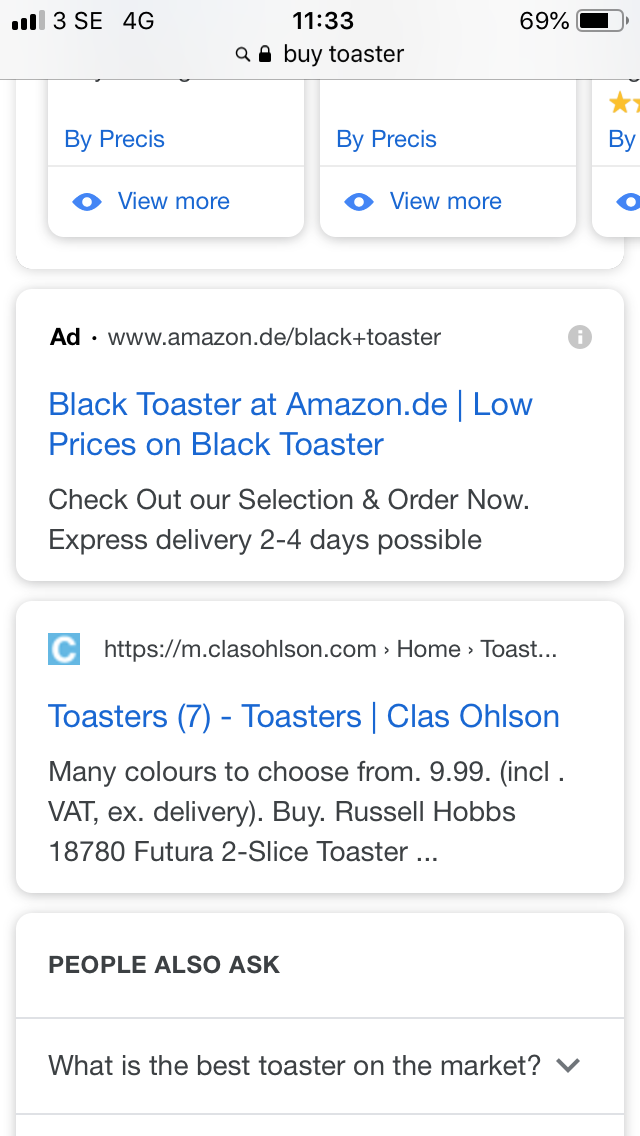 Be mindful of your click-through’s for search

The black ‘Ad’ label for Paid Search Ads is essentially placed in exactly the same position as the Favicon for Organic Search. Yes, you could argue that with the Favicon having colour it could stand out more, but let’s face it, it’s most likely going to lead to a small improvement in traffic for Paid too right? To make such a change, Google would have had to have proven that this is commercially viable for them to do this.

Hopefully you have your Paid & Organic Reports all setup in Google Ads, here you could start to measure the impact of this change pre and post on Traffic, CTR and Clicks/Query. If you don’t currently have your Search Console linked up, then you can find a detailed guide here.

Define a Favicon to show in search results

You should probably already have this in place, but just in-case you need to update your Favicon you can find detailed instructions on how to do this here. Having the Favicon should be a visual representation of your brand, most likely your logo or part of it. It should help your Organic Search Results stand out from the crowd.

We saw at Google Marketing Live 2019 how Google is looking to position Mobile as a visual assistant too. Whether it’s finding directions using Augmented Reality in Google Maps, through to using your Mobile as a visual aid for some of the visual-less Google Home Devices, Google is making Mobile search results richer, colourful and frictionless. Advertisers close to the evolution of Mobile should be front in line to capitalise on the latest updates. 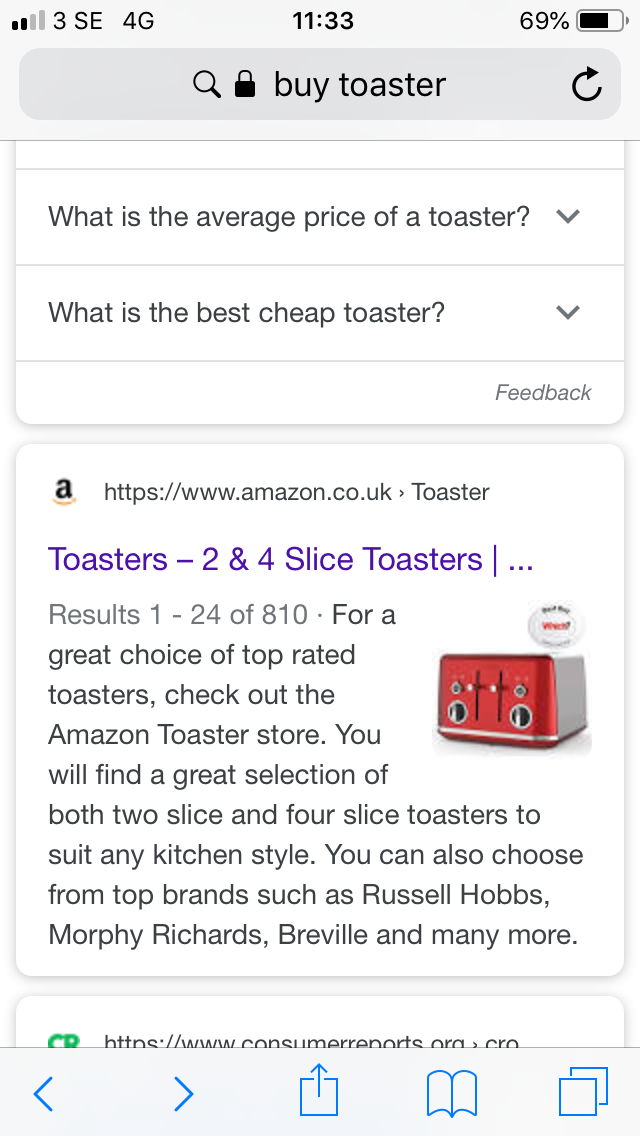 Being Responsible. Google said that most users found it easier to identify websites with this change

According to Search Engine Land, Google said that most users found easier to identify websites and they found that more than 2/3 found it easier to scan results more quickly. This comment has echoes of the theme at Google Marketing Live 2019 of ‘Being Responsible’; apparently this tweek could help users understand who is providing them with the answer. You could argue that if users are able to more easily identify the website providing them the content/answer then it gives the user more control; they now make the decision on whether the content/answers they received is trustworthy or not via their click-throughs. This can then help Google make better decisions over ranking factors, further tackling untrustworthy websites.

Could Favicon’s lead to “bigger” brands squeezing out “smaller” brands?

I could see certain verticals such as E-Commerce where this could happen. You might see that more traffic going goes through the more recognised brands such as Amazon or Best Buy if their Logo’s are more readily available in the search results pages when content is surfaced. This could lead to a greater reliance on Paid Search to pick up the lost traffic.

The update is rolling out to Mobile first and is coming over the next few days. You can probably expect this to be rolled out to other devices later in the year (before Q4 I’d expect). What are your thoughts?